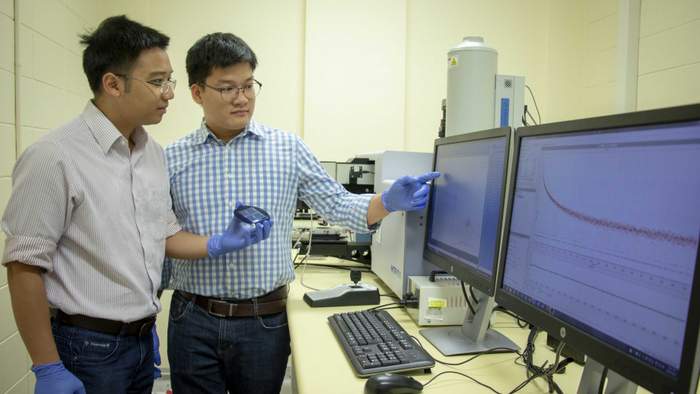 Over the past decade, the cost of a solar panel installation has been falling at a considerable rate. The renewable and solar energy industry of today looks much different. For comparison, installation back in 2009 would cost an average of $8.50 per watt, whereas today the price is closer to $3.05 per watt. That’s a decrease of over 60 percent, and prices are still falling.

The biggest reason for the change is that solar cells and the related technology are becoming more efficient, yet cheaper to produce thanks to new materials and methods. But with the right solution, those costs could be minimized completely — maybe even pushed below the costs of fossil fuels.

An international research team, with researchers from the Australian National University (ANU) at the helm, just may have discovered a way to achieve lower costs. They’ve created a new type of silicon that will absorb more sunlight, therefore, producing more energy than current solar cells in use.

What is the new silicon?

The current generation of solar cells rely on silicon as a raw material not just because of how it absorbs sunlight, but also because of its additional properties. It’s abundant and cheap, available in many forms, and also non-toxic. Despite all of this, it’s not entirely efficient and does not make use of all the available sunlight — it absorbs yes, but not necessarily in ideal amounts.

The researchers from ANU, however, have found a way to alter silicon in order to boost its absorption capabilities. They have done this simply by poking holes in the silicon with a hard tip which creates “more complex silicon capable of absorbing more sunlight” than the standard form of the material used in current gen cells.

Lead researcher Dr Hieu Nguyen said when hydrogen atoms are injected into a solar cell’s skin, rather than the cell body, the performance of the entire structure is boosted significantly. Dubbed r8-Si by the team, the atoms of the new silicon are shaped more like diamonds on a playing card, except in a three-dimensional form. Standard silicon has square or cubic shaped atoms.

This structure helps the material absorb more light, which can ultimately produce more energy when used in cells. The end result is, of course, something that is remarkably more efficient yet retains the same abundant and low-cost properties.
Before the material is available for commercial and mainstream use, the team must continue to measure and understand how it behaves electrically. In addition, they’ll need to find a way to scale up production if they have any hope to mass produce the material.

Senior researcher and ANU Professor Jodie Bradby says that the additional work “will take another three to five years.”
Five years out or not, it’s still an exciting development and will have sweeping implications for the solar industry.

What does this mean for the solar industry?

The use of silicon in conventional solar cells is a given, especially this new type that offers higher energy production. So, typical applications from large-scale solar farms to solar carports to traditional residential rooftop systems will be even cheaper and more ubiquitous. But it’s the alternate applications of solar technology that are really going to change the market. This much thinner silicon could be used in smaller, consumer-grade applications like solar wearables and devices, lighting, and even integrated auto roof panels. The low-cost high abundance nature means there’s so much potential, the surface has barely been scratched.

What does this mean for everyone else?

The average cost of solar panel installation is already dropping, which is nothing to scoff at. However, this new solution — and it won’t be the only one — could further enhance that change making renewable energy solutions viable for more people.
One of the reasons we don’t see solar applied more openly is because of that buy-in price, coupled with the efficiency of the system.

Although, the new silicon material is still five or more years out, the promise is that it will encourage other similar solutions, as well. Solar adoption is growing and it’s thanks to innovations like what the ANU team has achieved.

Kayla Matthews writes about green tech and energy for publications like Interesting Engineering, Blue and Green Tomorrow, Planetizen and GreenBiz. To ready more from Kayla, please visit her personal tech blog at productivitybytes.com.