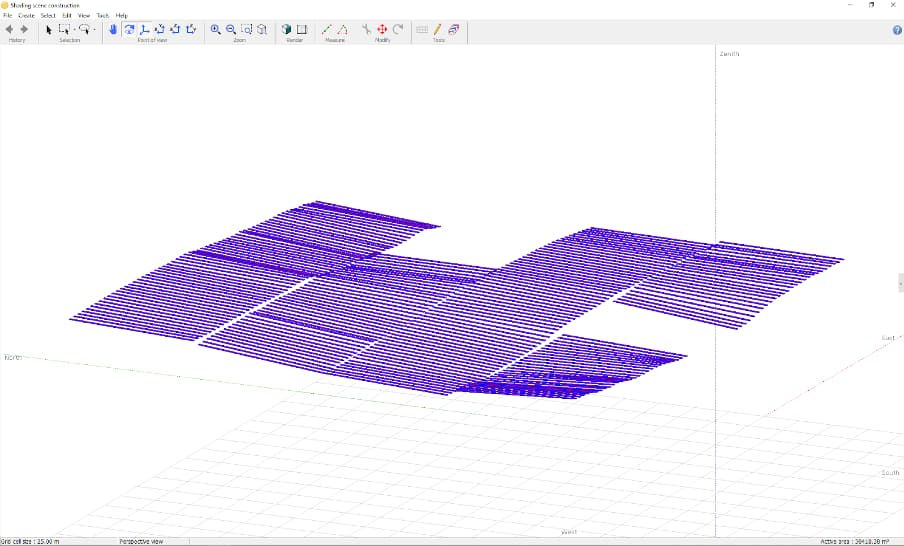 “For nearly three decades, PVSyst has retained its place as the industry-standard software for modeling the yield of PV arrays, but even the biggest PVSyst champions will admit that the user interface is cumbersome and that some of its functionality can be clunky and difficult to use,” says PVComplete CEO Claudia Eyzaguirre. “PVSyst was designed to model ground mount systems on flat land, not the variable terrain that is far more common to fixed tilt and tracker projects today. That’s why we are thrilled to deliver a PVCAD Mega-PVSyst integration that provides the functionality utility-scale engineers need from the energy modeling tool they prefer or that banks require they continue to use.”

Rather than creating one layout for construction and approximating that layout a second time in PVSyst to enable the energy model, PVCAD Mega users can now create a singular, more accurate and nuanced layout in PVCAD Mega to inform both construction and PVSyst modeling. The utility scale layout + PVSyst export makes it easy to produce 3D shade scenes for even the largest utility scale projects in minutes — much faster and more efficiently than the native construction tool.

Once a project layout has been designed in PVCAD Mega, users are able to press a simple “Export to PVSyst” button to produce a PVSyst-compatible folder of information that includes:

• Meteo: Hourly weather data and other related files
• Projects: Project elements including preliminary design details.
• Shadings: 3 shading scene options that represent the layout with every tracker or rack at the appropriate elevation based on terrain

Importing the PVCAD Mega-generated files into PVSyst eliminates cumbersome data input and shade scene construction making it easy for designers to get high accuracy yield estimates for their projects.
“Our hope is that PVSyst will someday update their software to model today’s actual site scenarios,” adds Eyzaguirre. “But until then, we’re excited to be able to offer one more problem-solving solution to accelerate utility-scale solar deployment.”