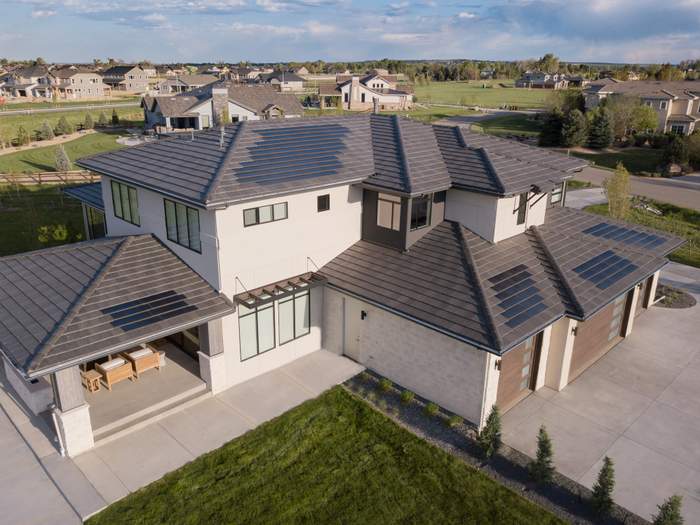 Boulder, Colorado-based Sopris Homes has been in the business of high-performance luxury homes for the past 25 years. According to Sopris Homes President John Stevens, as more communities desire and even require solar on new home construction, finding solar products that are both functional and attractive is a growing challenge for builders.

“In some areas, we’re mandated to use solar,” said Stevens. “In other areas, it’s a choice. Most people don’t voluntarily pay for solar on new home construction because for most, it’s not considered an aesthetic improvement.”

When Stevens was contracted to build a 5150 square-foot, five-bedroom net-zero home in the Portico Subdivision near Longmont, Colo., solar roofing was a very necessary part of the equation. Looking for a solution to complement concrete tile roof more subtle than the traditional rack-and-panel solar system, Stevens turned to CertainTeed’s Apollo® Tile II concrete-tile integrated solar roofing system—a first for the state of Colorado.

“I’m not aware of anything like it on the market here,” said Stevens referring to concrete-tile integrated solar systems. “You get the savings of solar energy generation and you don’t have to sacrifice aesthetic quality to get it.”

Unlike a traditional rack-mounted system, Stevens used solar tiles integrated among concrete roofing tiles, creating a seamless roof surface that also serves as a tool for energy generation. According to Stevens, the roof incorporated 229 solar tiles, each with power rating of 63 watts of per tile. 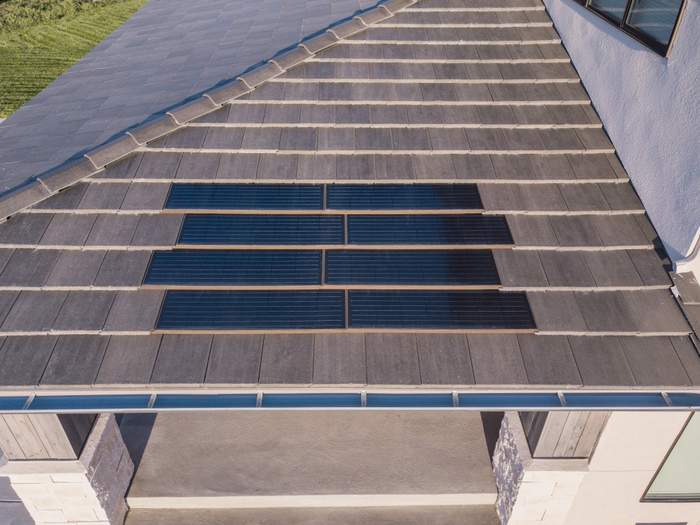 Like any newer product, there is an installation learning curve. Stevens said installing concrete-tile integrated solar was “a new experience for everyone,” but that CertainTeed’s team of local installers and trainers worked closely with Sopris Homes to make sure the installation was a success.

“The solar installer hadn’t used the product before,” said Stevens. “CertainTeed worked hard to make sure the installation was smooth and was there to answer questions. It was a great learning experience for everyone.”

Stevens said there is a lot going on under and on the roof of the Portico Subdivision home. To the average passerby, however, it looks like any other similarly-priced home in the neighborhood, he said.

“The homeowner has gotten a lot of nice comments about the roof,” said Stevens. “From a distance, it looks just like a regular concrete tile roof. People are surprised to learn that it is generating energy.”