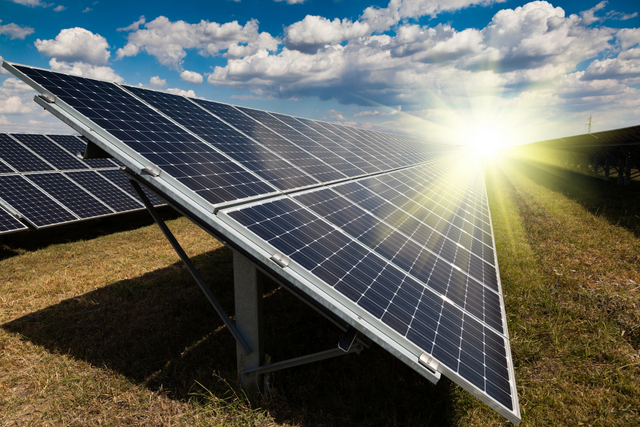 The solar industry always seems to be on the defensive politically, needing to constantly prove its worth on the grid compared to other electricity generating technologies. This makes some sense, being the newest kid on the block and requiring changes to “the way things have always been done,” but more and more evidence is being produced that indicates the paradigm should be flipped. Here are three key points.

The latest issue of the U.S. Energy Information’s (EIA) “Electric Power Monthly” reveals that renewable energy sources remain in a statistical dead heat with nuclear power, with each providing roughly 20% of the total. During the six-month period (January – June), renewables surpassed nuclear power in three of those months (March, April, and May) while nuclear power took the lead in the other three. In total, according to EIA’s data, utility-scale renewables plus small-scale solar PV provided 20.05 percent of U.S. net electrical generation compared to 20.07% for nuclear power.

EIA has acknowledged the neck-in-neck status of nuclear power and renewables and stated as much in a news release it issued in early summer. However, the agency simultaneously stressed its view that “nuclear will generate more electricity than renewables for all of 2017.”

But as pointed out by the SUN DAY Campaign, a non-profit research and educational organization, and the Nuclear Information and Resource Service (NIRS), while renewables and nuclear are each likely to continue to provide roughly one-fifth of the nation’s electricity generation in the near-term, the trend line clearly favors a rapidly expanding market share by renewables compared to a stagnating, if not declining, one for nuclear power.
Electrical output by renewables during the first half of 2017 was 16.34 percent higher than for the same period in 2016 whereas nuclear output dropped by 3.27 percent. In the month of June alone, electrical generation by renewable sources was 27.15 percent greater than a year earlier whereas nuclear output dipped by 0.24 percent.

In fact, almost all renewable energy sources are experiencing strong growth rates. Comparing the first six months of 2017 to the same period in 2016, utility-scale + small-scale solar has grown by 45.1 percent, hydropower by 16.1 percent, wind by 15.6 percent, and geothermal by 3.2 percent. Electrical generation by solar alone is now greater than that provided individually by biomass, geothermal, and oil (i.e., petroleum liquids + petroleum coke).

And on the capacity front, renewables long ago eclipsed nuclear power. For the first half of 2017, the Federal Energy Regulatory Commissions reports that renewables’ share of total U.S. available installed generating capacity is 19.70 percent compared to 8.98 percent for nuclear — i.e., more than double.

“Everyone loves a horse race,” noted Ken Bossong, Executive Director of the SUN DAY Campaign. “However, the smart money is now on renewables to soon leave nuclear power in the dust.”

“Nuclear power is in irreversible decline in the U.S., due to rising costs and failing economics of new and existing reactors, alike,” said Tim Judson, executive director of the Nuclear Information and Resource Service. “Last month’s cancellation of half the new reactors under construction in the U.S. means that gap is going to be wider than projected, and accelerating.”

Solar is more grid-friendly and economical long-term than natural gas.

We reported on this two weeks ago, but the Department of Energy conducted a big study on grid resilience and reliability, and while it couched some of the language, in our reading, natural gas did not look like a more appealing option for prudent political support.

The findings show that natural gas is a big reason that plants are being retired. It became so cheap, so fast that it quickly moved to the top of the generation list and displaced other sources. As a result, any volatility in natural gas price or supply leads to big issues: “Low natural gas prices are driving greater use of natural gas for electricity generation, which has made exposure to natural gas price risk related to availability a growing concern.”

And as the Rocky Mountain Institute stated:

Distributed energy resources can improve affordability, reliability, and resilience. The study summary suggests that states that retire baseload generators are “accepting increased risks that could affect the future affordability, reliability, and resilience of electricity delivery.” On the contrary, a growing body of evidence suggests that states and countries that replace old, costly fossil-fired generators with renewables, efficiency, demand response, and other distributed energy resources (DERs) have found that the opposite is true: that these resources can provide the same or better services at lower costs.

A new paper published in the Nature Energy journal, makes the a fairly significant observation (that probably should have been figured out by now):  solar energy has consistently outperformed the predictions made by assessment models going as far back as 1998.

The authors show that the International Energy Agency has repeatedly predicted growth rates for solar deployment that are anywhere from 16 to 30 percent lower than their actual rates end up being.

One reason these models have fallen short is how they fail to account for policies that have accelerated deployment, but the study notes that the costs of solar panels have also fallen faster than expected. Also the National Renewable Energy Laboratory (NREL) noted in its 2017 Annual Technology Baseline (ATB), that solar photovoltaic capital costs have declined and are projected to continue to decline.

So, why does this matter?

The researchers’ conclusion in the report illustrates why the current narrative for solar needs to be flipped to properly account for its current lofty status and future potential – because continuing to undersell it will leave us unprepared to make the right forward looking improvements to accommodate a new DER reality and to capitalize on its potential.

While it may seem like good news that solar is performing better than expected, underestimating its potential could pose some serious problems in the future, the researchers suggest — namely, that “decision-makers might treat [photovoltaics] too reluctantly,” they write in the paper. If policymakers are dismissive of solar’s future potential, they might fail to adequately prepare the grid for its continued expansion.