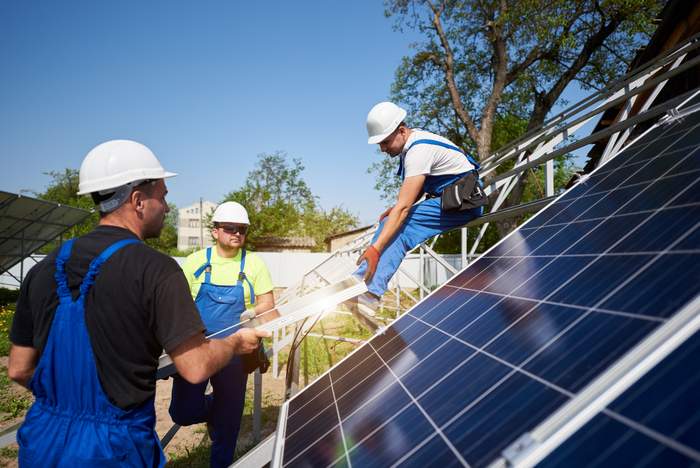 The U.S. solar industry employs 242,343 workers as of 2018, a decline of nearly 8,000 jobs (3.2 percent) compared to 2017, according to the National Solar Jobs Census 2018 released today by The Solar Foundation. This marks the second year in a row that solar jobs have declined after seven years of steady growth. At the same time, solar jobs increased in 29 states in 2018, including in many states with emerging solar markets.

States with the highest employment gains include Florida, Illinois, Texas, and New York State. Other states that saw job growth include Ohio, Washington State, Pennsylvania, Minnesota, Virginia, and Tennessee. The 2018 National Solar Jobs Census for the first time includes jobs numbers for Puerto Rico, which has 1,997 solar workers as of 2018. With Puerto Rico jobs included, the total number of U.S. solar jobs comes to 244,340. The full report and a complete list of solar jobs by state is available at SolarJobsCensus.org.

“Despite two challenging years, the long-term outlook for this industry remains positive as even more Americans turn to low-cost solar energy and storage solutions to power their homes and businesses,” said Andrea Luecke, President and Executive Director at The Solar Foundation. “However, it will take exceptional leadership at the federal, state, and local levels to spur this growth and address the urgent challenge of climate change. Expanding solar energy and storage across America will create high-quality jobs, reduce carbon emissions, boost local economies, and build resilient and adaptive communities.”

Reasons for the slowdown

Nationwide, the jobs decline in 2018 reflects a slowdown in installed solar capacity. Solar companies delayed many utility-scale projects in late 2017 while awaiting the outcome of a petition for new tariffs on solar panels and cells. These delays led to reduced capacity growth and fewer jobs in the first three quarters of 2018.

At the state level, policy challenges and a difficult business climate contributed to lower jobs numbers in some states with established solar markets. In other states, supportive policies and the rapidly declining cost of solar technologies helped drive an increase in employment in 2018.

“We are proud of the solar job growth in Wisconsin. It solidifies our commitment to getting our state on track for a future driven by renewable energy that will make Wisconsin a stronger, better place to live, work, and play,” said Wisconsin Governor Tony Evers. “We look forward to continuing our promise to build a clean economy that incentivizes energy innovation, diversifies Wisconsin jobs and energy sources, and promotes efficiency, affordability, and accessibility in clean energy production.”

Challenges or opportunities ahead?

In 2018, 26 percent of solar establishments reported it was “very difficult” to find qualified candidates to fill open positions, a substantial increase from the 18 percent reporting such challenges in 2017.

With a backlog of utility-scale projects and new policy incentives in key states, the outlook for solar jobs is expected to improve in 2019. Survey respondents predict that solar jobs will increase 7 percent in 2019, bringing the total to 259,400 jobs.

“As one of the largest utility and commercial solar contractors in the U.S., we were impacted by several factors that caused market instability in 2018,” said George Hershman, President of Swinerton Renewable Energy. “Tariffs on solar cells and modules, steel, and aluminum increased costs and impacted projects that were already in the pipeline. Despite these economic factors, we began 2019 with a robust pipeline that includes new projects in existing and emerging markets. Together with industry partners, we will continue to advocate at the federal level in support of long-term solutions that support growth for solar energy.”

“This report highlights that in order to continue adding jobs, the solar industry is going to have to work harder to reduce the cost of going solar,” said Samuel Adeyemo, co-founder and COO of Aurora Solar. “Over the past seven years, this was accomplished by lowering module prices and democratizing financing. At Aurora, we believe that over the next seven years, it will come from reducing soft costs, such that solar gets to the point where it is the default option for most homes and businesses.”

The Solar Foundation, a nonprofit educational and research organization, issues the National Solar Jobs Census each year to provide comprehensive and reliable data on the U.S. solar workforce. Overall, solar employment has grown 159 percent since the first Census was released in 2010, adding nearly 150,000 well-paying jobs across all 50 states.

This year’s National Solar Jobs Census is based on a rigorous survey of solar establishments conducted between September and October 2018. The survey included approximately 59,300 phone calls and over 49,000 emails. The survey was administered to 13,945 separate establishments, of which 2,697 provided full or substantially completed surveys.