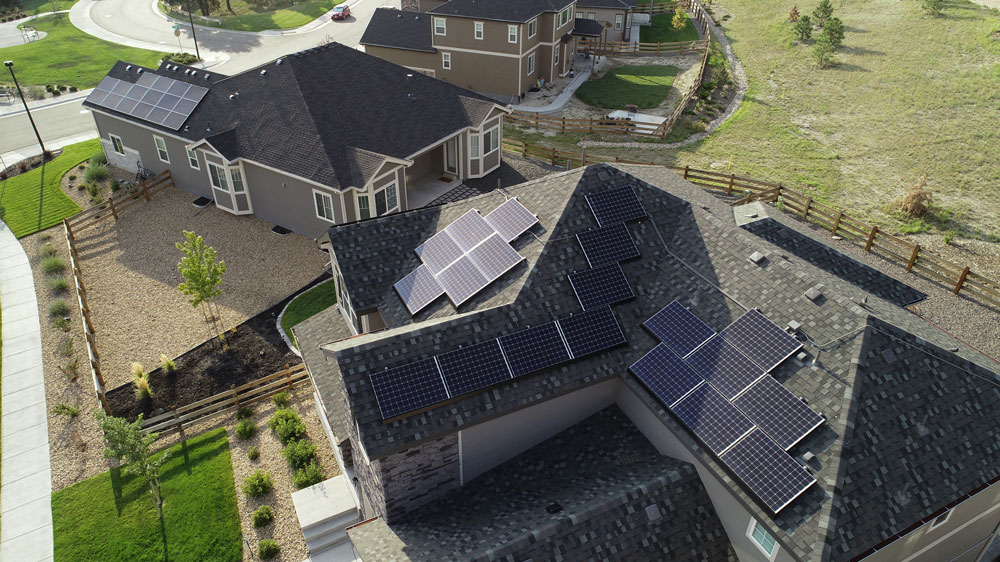 In 2020, the University of Southern Denmark published the results of a study that compared SMA’s advanced PV optimization technology against other forms of optimization. Researchers ran tests under a variety of shaded and unshaded conditions. The key findings provide conclusions on power outputs, lifetime energy harvests, reliability, maintenance and safety.

The SMA optimization model has improved upon current industry methodology by mitigating the effects of shading and increasing power production. This approach employs fewer system components than other models, offering a key benefit.

A typical 50 kW system using conventional module-level optimizers, for example, can have as many as 60,000+ electronic components. By comparison, in a typical 50 kW commercial installation using the SMA ShadeFix optimization system and SunSpec certified rapid shutdown devices total about 30,000 electronic components – half as many as in the traditional module-based system.

This example demonstrates how less offers more. In an SMA optimized system, all the power conversion components, which experience thermal cycling due to normal operation, are housed in an easy-to-access weather-protected enclosure; the parts are easily serviceable and replaceable. This is juxtaposed against traditional module-based, power conversion devices that experience wear and tear but in a more inhospitable environment on the roof and in far greater numbers. In this scenario, statistical analysis shows integrators can expect to service more units due to device wear-out or failure.

When a component fails, it usually requires dispatching a technician, securing roof access for service personnel, and removing permanent and semi-permanent connections, PV modules and fixtures. Once located and accessed, defective units must be replaced and reconnected before modules are re-installed, adding significant risk of damage to other parts of the system or a customer’s roof. The installer is meanwhile exposed to extended time on a roof, where falls represent significant personal danger.

All of these factors create a time-consuming interruption that can ultimately amplify the risk for service technicians.

In addition, the service requirement introduces an unpredictable frequency of truck rolls into an installer’s business model. This unpredictability can impact scheduling, logistics and labor costs.

Each failure results in energy loss for the system owner but sending a service technician to replace units as they fail is inefficient and costly. Installers are typically restricted to replacing traditional optimizers in batches, which means those incremental energy losses add up over time. Those losses then collectively impact an installer’s entire portfolio of systems.

The traditional service strategy also places a system owner at risk for finding backward-compatible replacements as manufacturers frequently update their proprietary technology. Such updates may lead to installation and operation issues with older models.

With ShadeFix optimization, the combination of reduced service calls, mitigated risk from fewer components and greater reliability all work together to create a superior solution. For more information on the study and additional benefits of string-level optimization, visit www.sma-america.com/shadefix.html