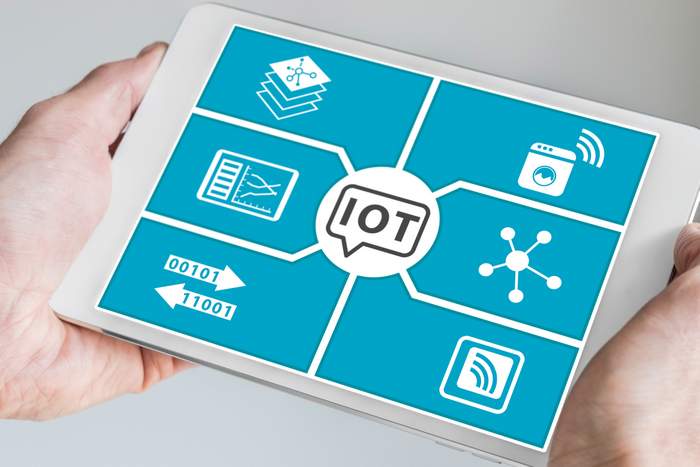 Ask most people about the key difference between renewable and conventional energy sources, and you’ll almost certainly hear about their respective environmental impacts — differences which are both real and important. But for those who actually work in the electric power industry, one of the most significant practical differences is that conventional power plants — whether coal, gas, or nuclear — operate in enclosed spaces. Renewables, on the other hand, tend to be distributed — typically dispersed across hard-to-reach locations: windy hilltops, scorching deserts, offshore wind farms, distant plains, and other remote locations.

Just like their conventional counterparts, wind turbines and solar collectors require constant monitoring, frequent adjustment, and ongoing maintenance. In fact, because they are built around newer, more sensitive technologies, their maintenance needs tend to be at least as great as those of a traditional power plant.

But for those who work at generating facilities situated inside a power plant’s walls, identifying problems and attending to on-site machinery can happen more quickly. That’s important for two reasons:

1. If large-scale solar photovoltaic installations are ever going to match the performance and economics of traditional power generation, a mechanism that enables constant vigilance and immediate control over an expansive collector system will be essential.

2. The solar power industry, like so many others, is on a path toward digital transformation. Capturing data in a form that allows power companies to realize the benefits of digital operation is key to that transition.

But the current generation of technologies fall short. For example, one technology, built around a mesh system, has been used for monitoring and controlling some photovoltaic systems. Its units are frequently used to manage consumer smart home devices as well as industrial equipment like traffic management systems that need short-range, low bandwidth wireless connections. The devices rely on Wi-Fi and Bluetooth networks for communication. However, they are ineffective over distances. Other types of systems, such as those which are cellular or RF-based, have different shortcomings, like the absence of automatic features or poor real-time performance.

There is an attractive alternative, however.

Unmanned, internet-connected sensors and digital microcontrollers — IoT devices that eliminate the hazards and challenges associated with traditional hard-wired installations — make data measurement and monitoring both easier and cheaper. This decentralized architecture is highly flexible, providing an easier way to match their deployment to a sprawling solar installation.

That same capability can also be used for monitoring, analyzing, transmitting, and optimizing the performance of residential rooftop installations. In fact, with the rise of residential solar and other renewable technologies, America’s energy grid has become more distributed than ever. And home-based installations are projected to more than triple by 2025, according to an analysis from Credit Suisse.

So why is IoT so critical for renewable energy?

Regardless of an installation’s size, performance data as well as maintenance-related information such as vibration, temperature and wear can be gathered by on-site devices and transmitted to off-site gateways where service technicians can use it to adjust settings and optimize upkeep remotely, long after the initial installation.

That information is collected and relayed in a form compatible with high-performance analytics and other applications, including inspection scheduling, fault detection, and generation monitoring. As a result, operator decisions affecting power grid integration such as voltage control, load switching, and network configuration can be shared among individuals at different sites — regardless of their physical locations. Some of these decisions could even be automated.

In 2016, the conceptual outline of an IoT-based monitoring system for solar generation was presented at the Second International Conference on Control, Instrumentation, Energy & Communication. The authors’ data-rich concept would monitor the performance of solar power plants holistically using IoT technology. They pointed out that the integration of large-scale solar power installations into regional power grids would require high-level data analytics for decision-making as well as historical analyses of their performance — an integral role for IoT.

One of the building’s tenants that occupies the entire 32nd floor saw a 57 percent reduction in its electricity spending. In addition to realizing environmental benefits, that company’s energy savings are projected to reach an estimated $680,000 over the course of its 15-year lease.4 Multiply that by the building’s 102 stories, and the energy savings become quite impressive.

So, what does IoT mean for the solar industry?

Reflecting on the contribution of IoT to digital transformation for solar installations, a recent Sierra Wireless blogger put it this way: “IoT can resolve common challenges associated with complex energy grids, making it far easier to manage panels and energy output.”

Solar energy companies installing IoT systems to control widely distributed panel installations will not only help to meet customer demand and improve overall efficiency, it can also help in successfully implementing a digital transformation throughout their entire operation.

Alfredo Patron is EVP of Business Development at TeamViewer.