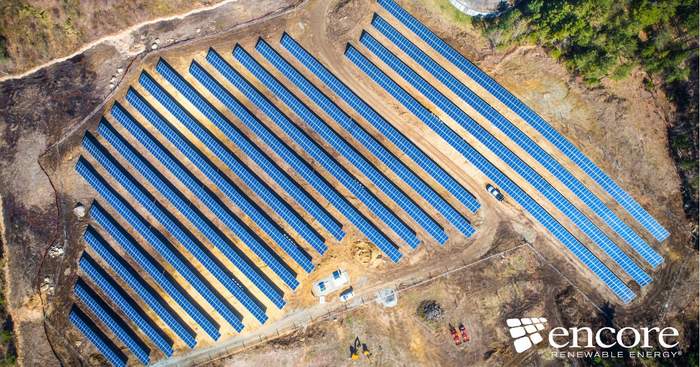 The project is the first of an initial portfolio of projects which add up to approximately 10 megawatts (MW) that VPPSA and Encore are working on together. Under the partnership, Encore will lead design, development, financing, and construction of solar projects at locations in VPPSA’s member utility territories. VPPSA will help host communities manage the resulting electric generation capacity to maximize its value. The agreement also allows for Encore and VPPSA to partner at other sites. It represents a significant milestone in VPPSA members’ efforts to meet their requirements under Vermont’s Renewable Energy Standard, and will move the state closer to its overall goal of 90% renewable electricity by 2050.

“We are thrilled to see the Trombley Hill Solar project completed and remain impressed with Encore’s ability to overcome the challenges presented in developing this location,” said Ken Nolan, General Manager of VPPSA. “The success of Trombley Hill Solar reinforces our confidence in this public-private partnership. We look forward to further projects with Encore that will help VPPSA bring Vermont closer to its renewable energy goals.”

The Standard Offer Program was established in 2009 to promote the rapid deployment of small renewable electricity generation through long-term, fixed-price contracts. The total program capacity of 127.5 MW is distributed annually by a least-cost auction. Costs are allocated among Vermont utilities based on their share of electric sales.