Get a group of solar industry leaders on a stage in 2016, and all discussions tend to veer into the existential. This is our takeaway from this year’s Solar Power International conference, which took place in Las Vegas, Sept. 12-15. Obviously everyone on those stages agreed that solar power should be the way of the present and is the way of the future, but the path to that future is the main subject of debate. How do we get there? Is it net-metering? What role do utilities play there? What is the collaborative solution?

The bad news is no one has the final answer on those questions, but the fact that these are questions in the first place is good news because it means the solar industry has a crucial role to play in the world going forward. We just have to pick a path. Here are some routes to get there, according to voices on stage during the general sessions over the course of three days. 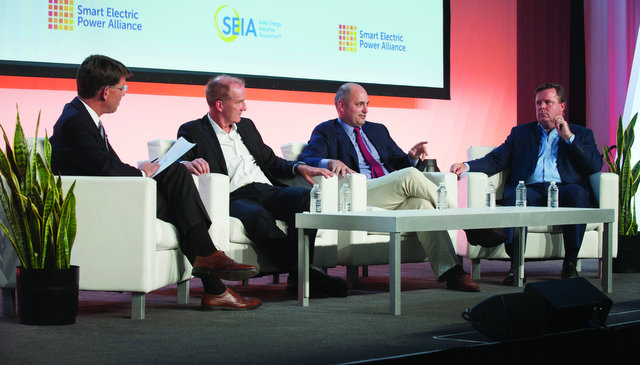 California is the world’s sixth largest economy, and the success of its solar industry should be instructive to the rest of the country and world. But as Nat Kreamer, president and CEO of Spruce Finance, pointed out, you can’t draw a straight line from California policy to every other state in the union. In places like Nevada, there is a misalignment of interests in the utility business model and public policy that instead leads to lines drawn in the sand. 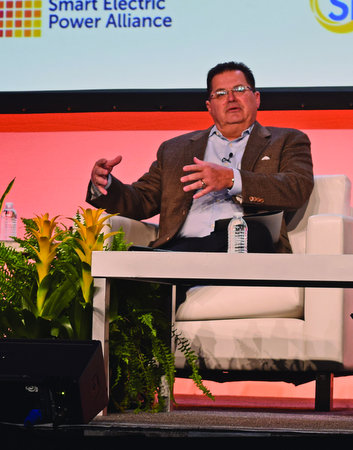 Does the business model for solar need to evolve? Several panelists thought so. Kreamer placed the industry’s missteps to this point in this context: “We have this really great technology and value proposition that people want to take, and it saves money and the planet, is good for community, has really long cash flows — we took that fun, exciting thing, and we sold it to people as an equity in a way that loses money.”

Without the benefit of hindsight though, distributed generation got its start in many places the way it had to, considering it wasn’t price competitive, noted David Crane, senior operation executive at Pegasus Capital Advisors. In retrospect, too many companies went public too early and hurt the industry’s ability to be nimble.

“Having run a public company … the public market doesn’t like divergence in strategy,” he said. “They want something predictable. I think it would have been better for the business model to evolve in nonpublic companies.”

“We were still so small as part of the energy mix that we could push the product out in a way that was inconvenient, but people were so motivated they would find their way through it,” said Craig Cornelius, president of NRG Renewables. “Being a supply-push industry, we put a lot of inconveniences on the customer or the electricity system that we inhabit. We now have to take those inconveniences upon ourselves.”

The other battle that panelists continued to bring up was for the more nebulous concept of the hearts and minds of consumers. Is there a tipping point for solar panels to be the “next iPhone” or a part of a similar shift in the way people live?

Getting there is a challenge. As Crane put it, simply, “customers want cheaper rates to charge things.” But as Kreamer put it: “We need a change in behavior. You will fail if you only focus on price.”

As the industry has shown getting to this point though, changing prices are somewhat integral to changing behavior. To Lynn Jurich, CEO at Sunrun, the goal right now is almost to stay that same course, just work to reduce the complexity of everything — so, changing behavior through simplicity.

“From the consumer perspective, there needs to be more certainty and longevity in rate structures,” she said. “They want to know ‘what’s my bill before and what’s my bill after?’ Attempts for demand charges to complicate a bill halts all of this adoption. It is complicated to explain.”

But on the other hand, maybe adding all of this distributed generation to the grid involves too much complexity. That’s at least the utility side of the story. Ron Nichols, president of Southern California Edison, noted the sheer amount of customers they are trying to serve: “Just to meet load changes we had to make 122,000 changes short and long term. We have to make all of that work in a harmonious system that works every second.”

“When we look at solar, it’s a no brainer, but we look at it as its own entity instead of looking at it from the utility perspective,” said Michael Maulick, CEO of SunLink. “They are providing a great service, so how do we look at their problems with retiring coal-fired plants and make solar a viable alternative?”

“What we’re talking about is fundamentally upending the way power is generated, served and distributed. It’s going to be complex,” said Kenneth Munson, president and co-founder of Sunverge Energy. “How we bridge that is going to be driven by devices within the home that are going to be meant to interpret these complexities in real time to provide the solutions. We don’t necessarily have to have all the answers today.”