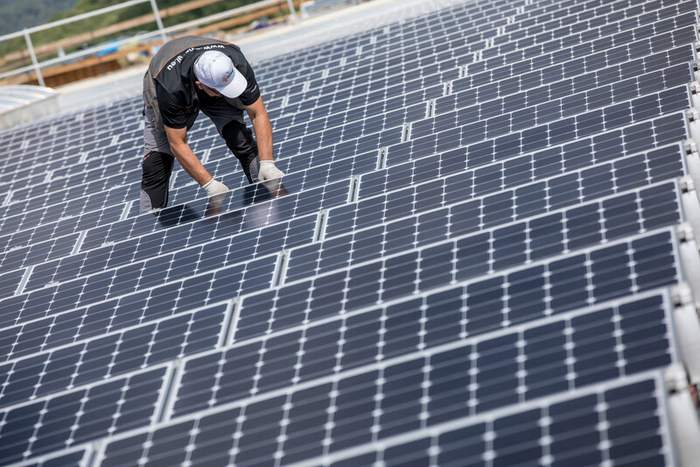 Corporate-level comings and goings aren’t a huge focus for us at Solar Builder, but SunPower spinning off its international business and solar panel manufacturing into its own publicly traded entity, Maxeon Solar Technologies, has implications for U.S. solar professionals across all segments. Here’s what you need to know now, and what you can expect from both SunPower and Maxeon soon.

SunPower built its brand with a quality, highly efficient solar module — from the original E Series to the X Series to the most recent 400+ Watt, 24 percent efficient A Series — and a ton of independent solar installers built their own brands by joining the SunPower dealer network to install them. That’s a U.S. dealer network of nearly 700 independent commercial and residential dealers in 45 states. Will that SunPower branding still have power without the panel?

Yes, and then some. For one, those Maxeon A Series panels can only be sold via SunPower in the U.S. for at least the next two years thanks to a mutually exclusive agreement (with an option to renew after two years that I’d expect to be picked up). But more to the point is this frees up SunPower to evolve into more of a solar + storage and services-oriented player in the downstream to compete with Tesla and the Sunrun/Vivint combo. Any progress made there is a further benefit to the SunPower dealers out there. Here’s how SunPower spokesperson Natalie Wymer put it:

“Our strong U.S. dealer channel continues and in fact, with SunPower’s storage solution, SunVault, we are getting interest from both customers and dealers – the latter because we can offer a fully complete solution.” 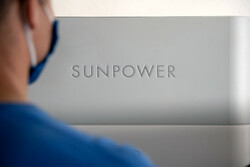 Of those 700 dealers, 35 are branded Master Dealers, who exclusively sell SunPower and represent about 50 percent of the company’s total business. I’d expect that number to increase now that this will be the sole focus of the company.

“The new SunPower will further develop as the leading North American distributed generation (DG), storage and energy services company with an end-to-end software platform, differentiated products and solutions and an asset-light approach,” says Tom Werner, SunPower CEO and chairman of the board.

Meanwhile, Maxeon is free to be its own entity and can function as a much stronger manufacturing partner. Under the old structure, capacity was limited and constrained. Objective number one, according to Maxeon CEO Jeff Waters, is to add 250 MW of additional A Series capacity (about 1 GW total in the near-tem), helped out big time by a capital investment by long-time partner Tianjin Zhonghuan Semiconductor (TZS), which now owns about 28.8 percent of the business.

“They are the ideal partner for a few reasons,” Waters tells us. “We now have the capital and are able to build up in a competent way – to maximize ROI on the tech investments that we make.”

At the same time, outside of the U.S. and Canada, Maxeon has built its own global trusted partner network counting more than 1,100 authorized sales and installation partners.

“Our next step is a future in which we’re in storage and services,” Waters says. “The world is our oyster so parts of Western Europe, Australia, Japan, lot of different opportunities and currently assessing what’s the best strategy for us market wise.”

SunPower also has a commercial direct business in the United States, in which it contracts with / sells directly to large buyers like Target. The same supplier-exclusivity arrangement with Maxeon applies here, but only for one year. If that wasn’t renewed, Maxeon would be free to compete outside the bounds of SunPower in the United States commercial space. Again, smart money is on this continuing, but something to watch. 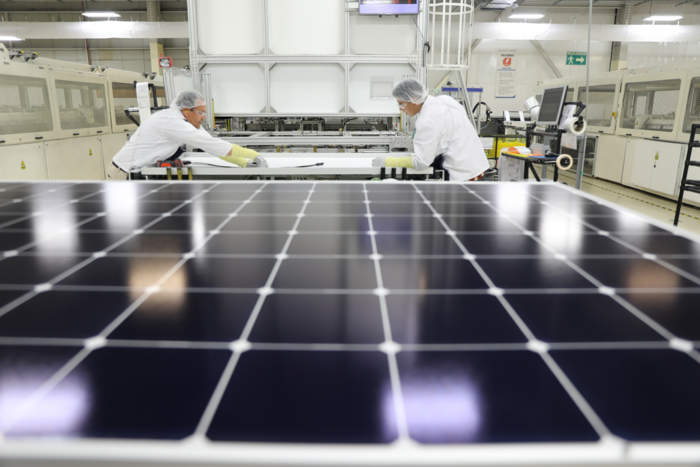 Simply put, Maxeon will very shortly be a big player in the North America utility-scale solar space, which hasn’t been the case thus far despite having a really great panel in the SunPower Performance 5. This module line is built on commodity mono PERC cells (now using the larger the 210-mm G12 wafer), but those cells are then shingled – they are sliced, reassembled and connected together with an electric adhesive. It’s a patented technology they acquired via the Cogenra acquisition five years ago.

“It allows us to create a panel that’s cost-wise a fraction of a penny more expensive than other mono PERC panels from China, but it’s one point of extra efficiency and better performance in shaded and dirty environments as well as improved reliability,” Waters notes. “It’s a differentiated level of value.”

So yeah, it’s good tech, but every penny counts in utility-scale jobs. Add that manufacturing cost to the fact that the production takes place in China (tariffs), and they just couldn’t get in the door with large-scale U.S developers.

Enter TZS, and all of that is going to change. For starters they are ramping up capacity from today’s 2 GW to 5 GW and then 8 GW by the end of next year.

“We’ll do that through a joint venture in China with TZS,” Waters says. “We’re leveraging Chinese buying power, their product ecosystem and industry automation.”

They are also investigating the possibility of factories outside China to get rid of the tariff issue and better service the U.S. utility market.

“Now is the right time for this strategic spin-off, allowing both SunPower and Maxeon to invest in key programs to drive their future profitable growth,” Werner says. “Solar power is poised for significant growth and now each company is well-positioned to succeed based on specific areas of specialization, technology innovation and economies of scale.”