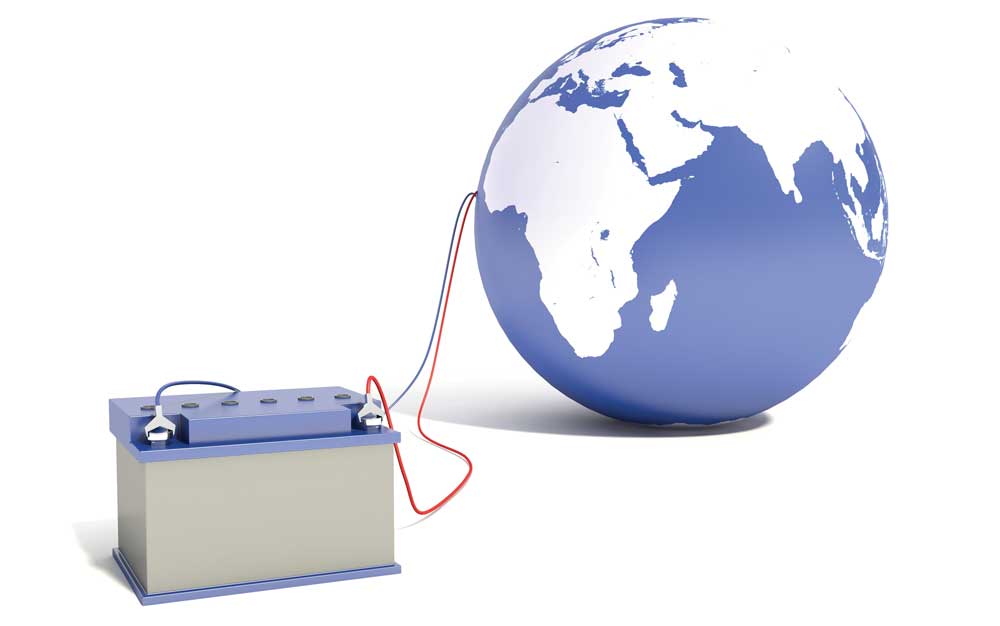 Energy storage will grow from 6 GWh installed today to over 635 GWh cumulatively by 2030 says a new report from Rethink Technology Research. That’s a huge-but-unsurprising prediction. What is a bit suprising though is the weak market expected in the Unites States.

While most forecasters are seeing the US as the intellectual property leader this report sees a weaker U.S. market for some time, unless the U.S. tax incentives for solar and battery are extended for a second time.

Throughout this period of dramatic growth the Asia Pacific region, led by China will dominate installations with 273 GWh out of 635 GWh, or some 43% of all energy storage capacity while the rest of Asia adds around 155 MWh or 24.5%. Europe will install some 20% of total cumulative capacity, and the US just 67.7 or some 10.7% of total global capacity. MEA and Latin America will effectively be left behind with a few percentage points each. 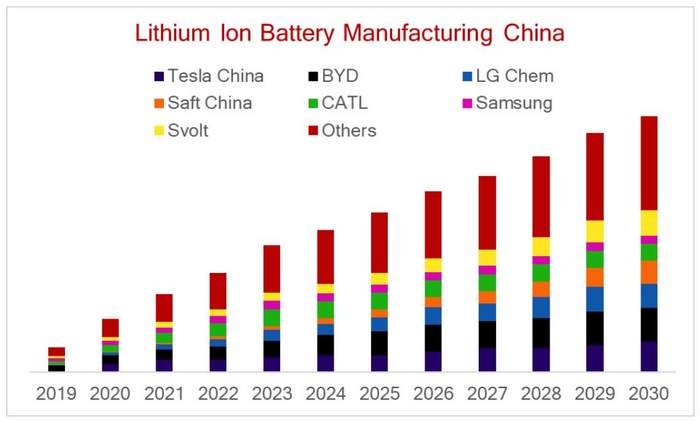 The key technology will be (surprise) lithium ion batteries which have massive momentum, brought about by the arrival of Electronic Vehicles. The top 10 manufacturers alone have planned some 510 GWh of annual global factory capacity by 2030, with 45% of global Lithium Ion manufacturing capacity located China and Europe and South Korea also acting as strongholds, mostly through partnerships with Chinese players.

“There will be plenty of room for alternative energy storage technologies such as Vanadium Flow and large storage GWh-class devices including ETES, Liquid air and Energy Vault cranes based systems, but without the huge investment in Lithium Ion batteries, this segment would not take off quite so rapidly. We estimate that 90% off the global energy storage market will remain Lithium based until a new technology emerges to lead, possibly by 2040.”

We do not want to over-analyze this space in our forecast here on gird energy storage, but it seems plain to us that the investments announced recently in Lithium Ion have made everyone planning storage in grid energy, comfortable that a) There will be sufficient capacity and b) The levelized price of energy storage will continue down past $100 per MWh, and head towards $30 by 2030.

Instead of inquiring with developers for their pipeline activity Rethink has assumed a set ratio between solar and energy storage, and wind and energy storage and calculated its likely changing attach rate. Eventually the US, China, Western Europe and advanced Asia nations, will have an attach rate of 50% of all new solar installations by 2030 (i.e. 50% plus will have storage installed with the solar).

The energy storage marketplace will rapidly mature from one focused on grid stability services and energy arbitrage to one which competes initially with peaker capacity, and then wholesale day ahead markets, in partnership with both solar, and to a lesser extent wind. The market will re-accelerate when each reaches parity of solar plus battery versus gas turbines, which in most markets is a few short years.