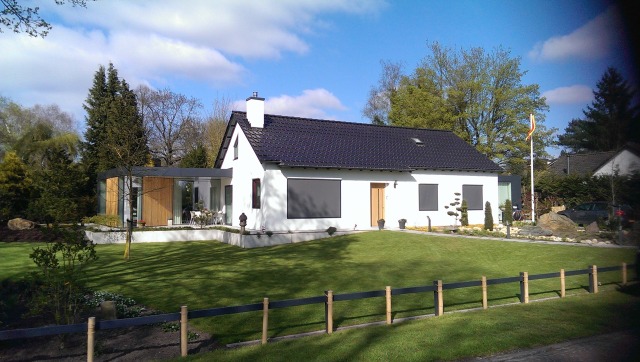 Although the first black solar roof tiles have been presented last year, another official launch of the patented invention takes place on Oct. 7, when chairman drs. Maxime Verhagen of the Dutch Builders Association BN will reveal the world’s first black solar roof that’s installed on iconic townscape protected farm the Priesnitzhoeve build in 1870 in the Dutch town Rheden. In addition to the existing black tile, the world’s first natural red solar tile with natural red solar cell’s will be presented.

The solar cells in these roof tiles are invisible, leaving the aesthetic character of any building intact. Often owners of monuments or iconic buildings are not allowed to install solar panels on their roofs, as it is prohibited by architecture supervision committees. Today, several committees in The Netherlands have approved the solar roof tile and ZEP expects the tile will be approved everywhere in the world.

In addition, solar roof tiles offer a space-efficient solution when chimneys, dormers and skylights leave little room for solar panels. As a result the total covered surface can often produce more electricity than solar panels. ZEP will start exporting their solar tiles all over the world.

“We have the patent and are the only company who may supply these tiles,” De Graaf says. The company is already involved in several projects in the UK, Germany and Scandinavia. In Denmark for instance, a lot of houses have a red roofs (officially named natural red), where solar panels are prohibited. With the development of the red sun roof tile ZEP believes they can now deliver a suitable and beneficial alternative in solar roof energy.

“A lot of people have been waiting for this,” De Graaf thinks. “For instance people who think solar panels on their rooftops are ugly. This solar tile combines the shape of a roof tile with the benefits of solar panels. This is the solar energy of the future.”