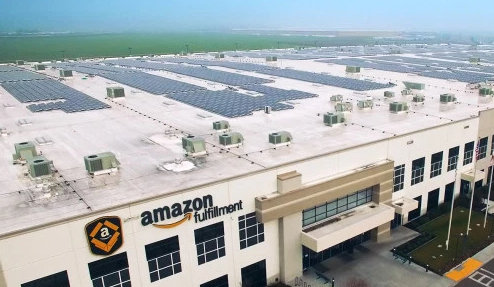 This week, the Business Renewables Center (BRC), a membership program at Rocky Mountain Institute (RMI), announced that corporate renewable energy procurement reached a new record in 2018, with 3.57 gigawatts (GW) of clean energy projects announced this year to date in the United States. This number exceeds both the 3.12 GW record set in 2015, the highest previous year, and the 2.89 GW contracted for in 2017.

The announcement highlights the growth of corporate-backed renewable energy transactions, which have totaled 13.52 GW in the U.S. since 2008, according to data collected by RMI’s Business Renewables Center. To date, BRC member companies have been involved in 99 percent of all U.S.-based nonutility transactions for renewable energy, and the number of corporates contracting directly for clean energy has grown from just four companies in 2013 to nearly 60 companies today.

Facebook was responsible for 2018’s record-tipping deal with its announcement on July 18, 2018 to purchase 437 megawatts (MW) of solar energy from Pacific Power for a data center in Oregon. Facebook is one of 140 companies that have pledged to purchase 100 percent renewable energy over the next few decades via the RE100 pledge.

Jon Creyts, managing director at Rocky Mountain Institute, commented, “The Business Renewables Center applauds the acceleration of corporate renewable energy procurement and the dedication these companies are showing to turn commitment into action. We are bearing witness to unprecedented growth in this market, which is critical to achieving the goal of a clean, prosperous, and secure low-carbon economy.”