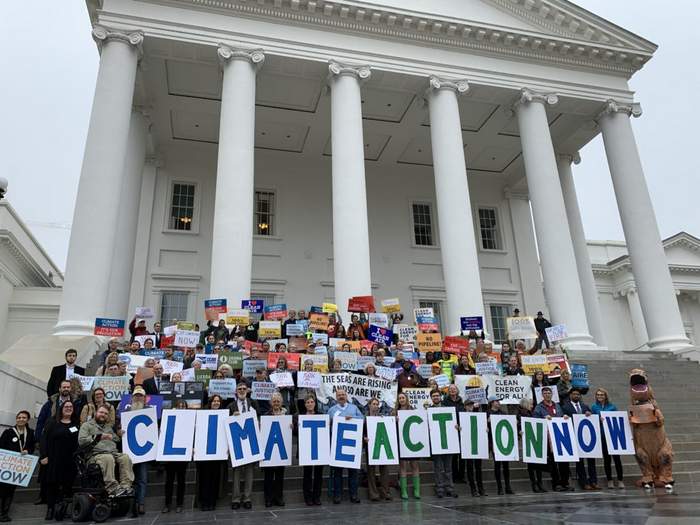 As 2020 dawned, it was do or die for solar in Virginia. Our company (Ipsun Solar) took action, and the benefits have been surprising.

2020 has been a wild ride so far for solar in Virginia. After a decisive blue wave took over both the Virginia House of Delegates and Senate, many renewable energy fans saw a huge opportunity to move our state into a more progressive clean energy future. Consequently, our 60-day legislative season has seen a record number of bills, many of which directly affect our business as a solar installer.

In fact, the policies that are moving through the legislature right now could make or break our company.

In 2019, Ipsun received the great news that we were selected as one of three companies to install solar on 113 government buildings in Fairfax County, 83 of which are schools. We were thrilled to be part of this historic project, which is the largest municipal solar power purchase agreement (PPA) in the state to date.

However, we were told in January that the project could not go forward because an arbitrary legislative cap on PPAs in the state had been reached. Additionally, we learned that the state’s measly 1% net metering cap was also close to topping out. Our business in Virginia would soon come to a grinding halt.

This was a call to action for our company.

Our CEO, Herve Billiet, called on a friend he’d worked with in the Obama administration to mobilize our effort. Alan S. Larsen, former General Counsel to the Inspector General of the EPA, joined Ipsun as Senior Advisor for Governmental and Legal Affairs. Larsen was tasked with guiding Ipsun’s efforts during the 2020 General Assembly, helping us take action in concert with other industry allies including the MDV Solar Industry Association (MDV-SEIA) and Advanced Energy Economy (AEE).

Over the past few months, we’ve been working with these partners to shape a groundbreaking piece of legislation called the Virginia Clean Economy Act — an ambitious plan to transition the Commonwealth to 100 percent clean energy by 2050, create tens of thousands of renewable energy jobs, reduce our state’s carbon emissions and dramatically expand access to rooftop solar.

The key solar components of the VA Clean Economy Act include:

There are many other great solar bills in the VA General Assembly right now. Here are a few more we have our eye on:

Solar Freedom. The House version of the Solar Freedom bill includes a municipality net metering provision which would allow landfill solar arrays to be built, and the power generated from them allowed to be used on adjacent government buildings.

HOA Solar bill. This bill clarifies restrictions an HOA can put on a homeowner’s solar project. Specifically, it says HOAs cannot instruct the homeowner to make changes to a project that would increase the cost by more than 5%, or decrease the expected output by more than 10%.

Community Solar bill. This bill creates a program for “solar gardens” which allow homeowners who may not have a roof suitable for solar to purchase solar energy. Previously, community solar was not legal in most areas of Virginia so we are really hoping this bill will make it through.

What our role is 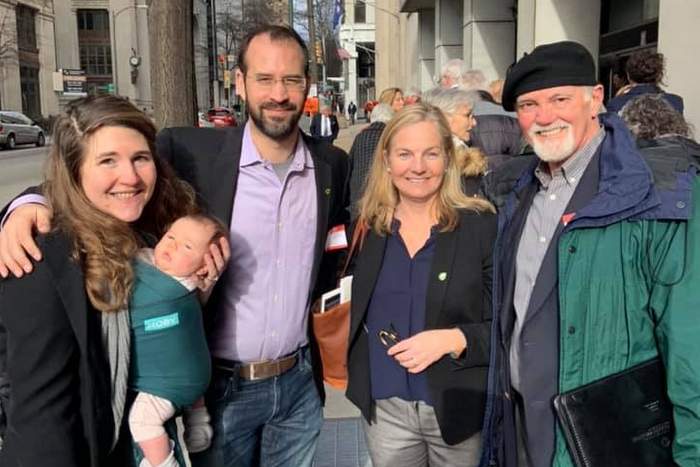 There have been many ways we’ve worked to get these new policies across the finish line. We headed down to Richmond to visit legislators on an almost weekly basis and told our first-hand story of the effect on our business if these bills aren’t passed. We’ve also used email blasts to all of our Virginia contacts asking them to write and call their legislators, written numerous blog posts, and generally tried to mobilize the solar community in our area to help support the bills.

This activity has been great for a lot of reasons. First, and most important, it seems to be working. We’re cautiously optimistic that many of the bills will pass. But other benefits have come from our efforts as well. We’ve strengthened our relationship with our local legislators and our partner companies, and gotten our name out there as a solar company that cares about doing the right thing.

We’ve also strengthened our relationship with our list of potential or past customers. Every email blast we’ve sent asking people to call their legislators opened up conversations with people, either about the specific bills or about general questions they have about solar energy. It’s been a great way to engage with our community, and this has been an unexpected and really fun side of the whole effort.

We have a few more weeks to go until the session is over and we’ll know the final results. Whatever happens, there’s no question Virginia will be in a better place for solar than it was before. Best of all, we’ve made a lot of friends during this process and felt good about being a part of the solution. Here’s hoping that every solar installer across the country will have supportive policies for a prosperous 2020 and a bright future ahead!