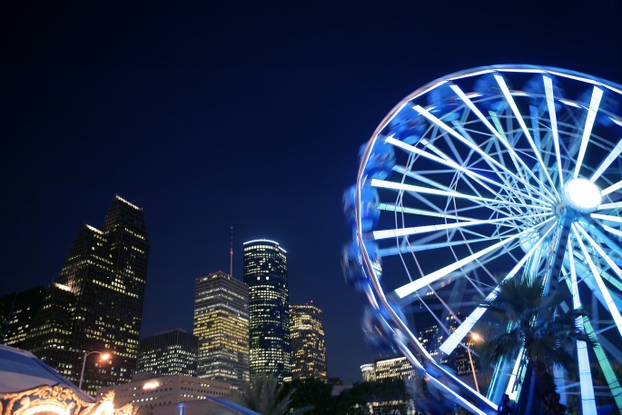 The City of Houston and ENGIE announced that ENGIE’s 50 MW SolaireHolman plant is now on line, operational, and capable of providing up to 10.5 percent of the city’s electricity needs for the next 20 years under a power purchase agreement. This agreement solidifies the city’s status as the largest municipal purchaser of renewable energy in the United States.

Located in Alpine, Texas, SolaireHolman, developed and implemented jointly by ENGIE subsidiaries Solairedirect North America and ENGIE North America, is one of the largest solar installations in the state of Texas. The project includes 203,840 solar panels on 360 acres and will provide electricity for Houston locations as diverse as the Hermann Park Zoo, the Bob Lanier Public Works Building, wastewater treatment plants, and several Bush Intercontinental Airport terminals.

“I want to thank ENGIE and all those who worked on this project for this fabulous Earth Day present,” said Mayor Sylvester Turner. “As the energy capital of the world, it is important that Houston lead by example and show that investing in solar and renewable energy is a critical tool cities must use to prepare for the future. As the nation’s largest municipal purchaser of green power, we are living proof that large, industrial cities like Houston can have a robust economy but also help fight climate change.”

“We’re very proud to serve the City of Houston, a national innovator and substantial customer by any measure,” said Marc-Alain Behar, Managing Director for Solairedirect North America. “One of the most gratifying parts of our work at ENGIE is aligning with customers to provide the best value we can.

Through SolaireHolman, the City of Houston will strengthen its energy portfolio with clean, low-cost solar power for the benefit of all the people who live and work in this vibrant community. What an excellent way to usher in Earth Day 2017.”

The SolaireHolman plant solidifies the City of Houston’s national leadership in renewable energy and growing use of solar energy. For the past two years, the City has ranked #1 in the U.S. Environmental Protection Agency’s (EPA’s) Top 30 Local Government list of the largest green power users from the Green Power Partnership. Houston is also #7 on EPA’s overall Top 100 green power users. The City uses nearly one billion kilowatt-hours (kWh) of green power annually, which represents more than 89% of its total energy needs.