Burns & McDonnell met substantial completion requirements on March 1 for commercial operation of the Big Bend Solar project in Tampa, Fla. The 106-acre solar photovoltaic (PV) project is owned and operated by Tampa Electric and is the largest single source of solar power in the Tampa area with capacity to serve 3,300 homes. Situated near the Big Bend Power Station in Apollo Beach, it was the first utility-scale solar project undertaken by Tampa Electric. 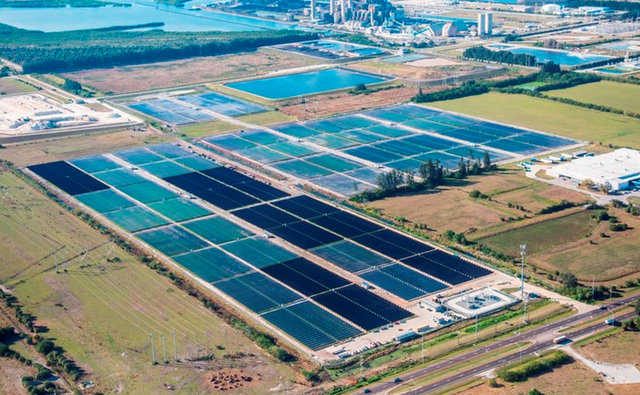 The plant produces 23 megawatts (MW) of DC capacity before connecting with the Tampa area power grid. It features over 202,000 thin-film PV panels installed in 1,772 rows supported by 14,000 direct-driven steel piles. The panels are outfitted with sensors and drive motors that enable them to track the movement of the sun, resulting in a more than 20 percent energy gain over fixed solar installations.