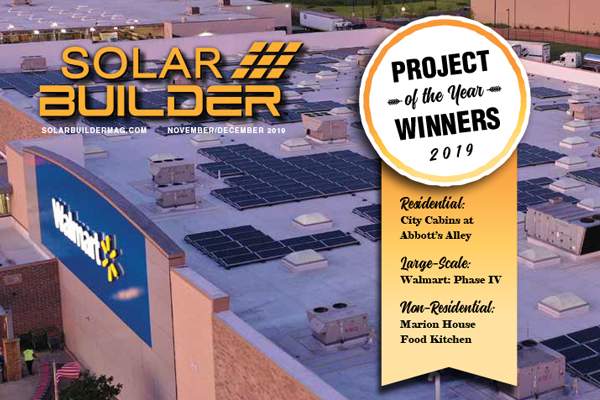 Solar Builder Project of the Year submissions were sent in throughout the year by the solar community at-large — developers, EPCs, contractors and manufacturers — to highlight the year’s most outstanding solar sites. The Solar Builder editorial staff reviewed each entry and nominated our favorite 15 projects. From there, it was up to the solar industry to vote and select its favorites in three categories this year — Residential, Large-Scale and Non-Residential.  The top vote-getters became the 2019 Solar Builder Projects of the Year!

Here are their stories.

Residential Project of the Year 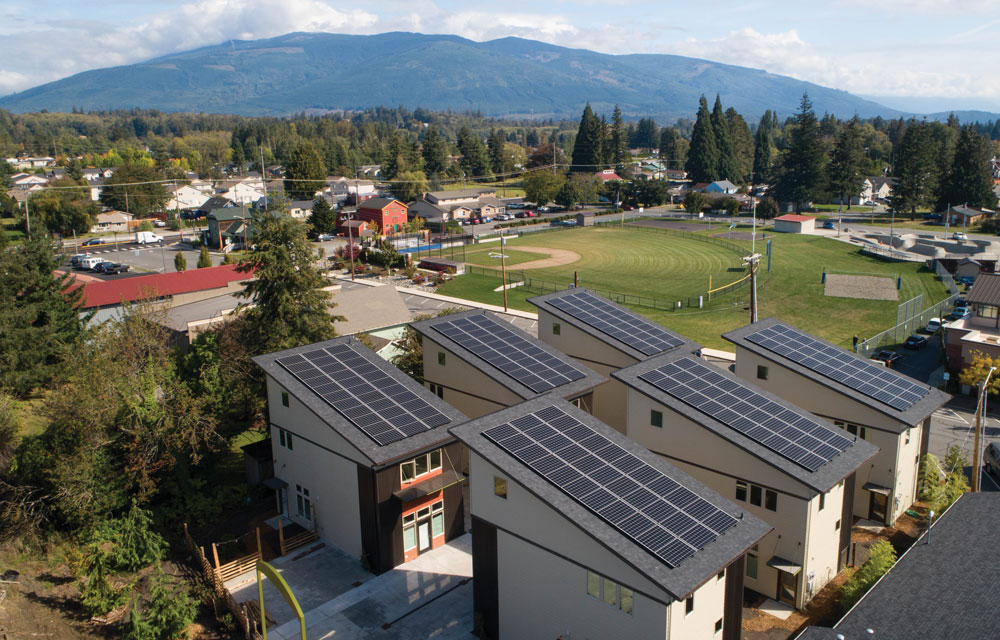 Solar power connotes ideals like freedom, efficiency, conservation and innovation. The 2019 Solar Builder Residential Project of the Year is perhaps the most complete expression of them all — a collection of six live/work residences built so efficiently that they pencil out to be net positive. We nominated the City Cabins at Abbott’s Alley from the pile of submissions because the full concept felt forward-thinking, but in chatting with homebuilder Martha Rose, the brains behind the concept, the final product is really just a culmination of old ideas she’s gathered since 1972 as she bounced from the East Coast to the Pacific Northwest as a rogue carpenter.

“In Washington State, I lived in a rural area that was 15 miles away from twin nuke plants under construction. I was in the red zone,” Rose tells us. “I instantly became immersed in learning about conservation and energy efficiency. That was during Jimmy Carter’s time. There was a lot of innovation then, lots of experimentation and I wasn’t necessarily involved with the nitty gritty nuts and bolts, but I was interested in passive solar design.”

She would eventually work as an inspector (seeing a lot of what builders did right and wrong) and then as a project manager for hire.

Large-Scale Project of the Year 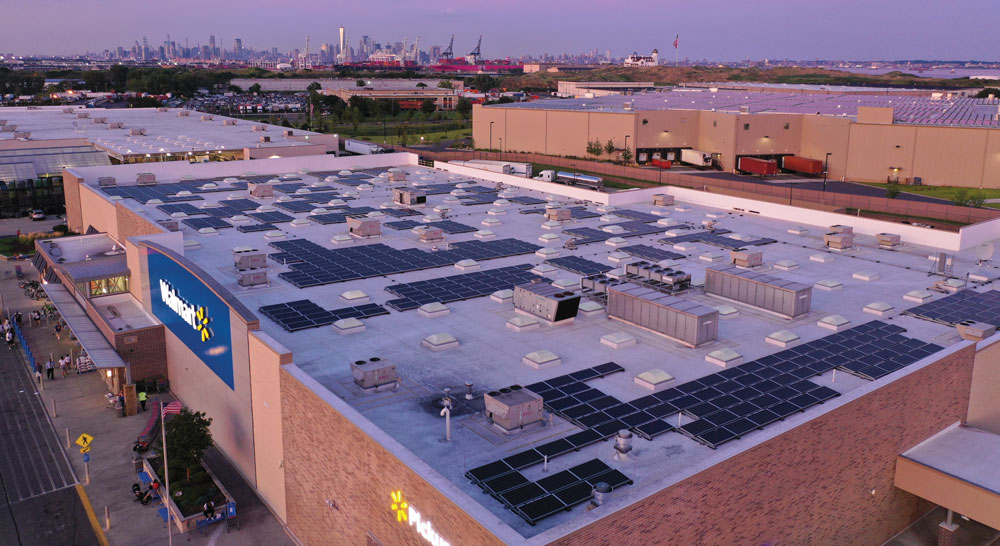 The overhead photo of the Walmart Supercenter in Bayonne, N.J., may not be as breath-taking as the 100-MW utility-scale projects surrounded by flowing green hills normally pictured in this category, but we think this photo (and this portfolio) represents something much larger. Our readers felt the same, which is why Walmart: Phase IV is the 2019 Solar Builder Large-Scale Project of the Year.

Let’s start with just this one building in Bayonne. Operated by C2 Energy Capital (a rapidly growing investor in renewable energy and storage assets), the clean power system offsets the store’s carbon footprint by approximately 227 metric tons annually — equivalent to the amount of carbon 270 acres of forest would sequester per year. That in itself is cool, but not “large-scale.”

The Walmart Bayonne Solar Project, however, is not a project unto itself. It is part of Phase IV of Walmart’s development collaboration with C2 Energy Capital, comprised of five projects, totaling just over 1.9 MW across rooftop space on Walmart superstores in New Jersey (a state not exactly overflowing with unused green space for majestic 100-MW solar projects). This sizeable Phase IV is also just a small piece of a larger collaboration between Walmart and C2 Energy Capital that first covered 46 distributed generation solar projects across five states.

Non-Residential Project of the Year 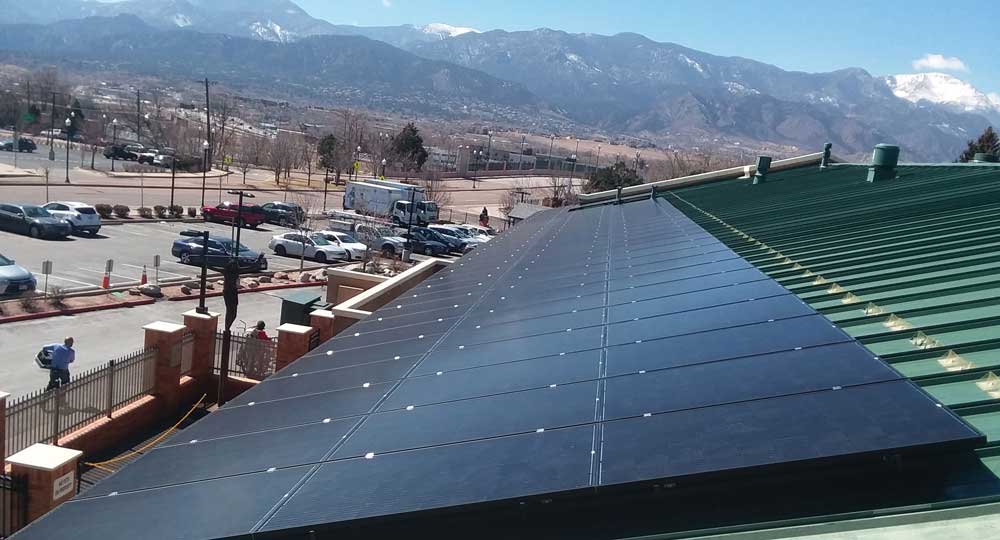 In physics, energy is defined as “the capacity to do work” or as “potential realized.” This is true of solar panels, obviously, but also everything else. All matter is just energy in some form. The 2019 Solar Builder Non-Residential Project of the Year is a perfect case study of energy flow beyond mere kWh.

If you stumbled across a pallet of outdated solar panels in your warehouse one day, what would you do with them? This is what happened to Phil and Nancy Brodhagen, owners of Peak View Solar, a small Colorado-based solar installation company, earlier this year.

From the Best LMI Concept to the Coolest Carport, Solar Builder’s editorial staff selects its favorite projects among the 2019 Project of the Year submissions in a variety of categories.

Check them all out here.