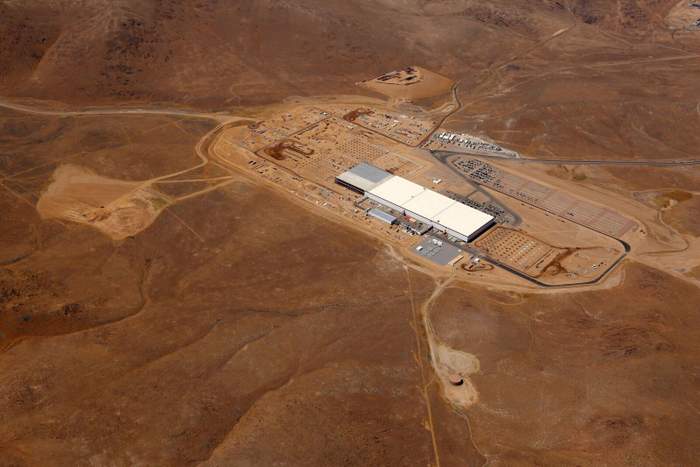 Tesla’s Battery Day this week came with the usual hype, and this year it may have delivered as CEO Elon Musk revealed a completely new battery cell that not only holds promise to totally outperform its previous cells, but also be much cheaper thanks to manufacturing and supply chain efficiency (that are tied to the cell design tweaks). All in, the new components, redesign and vertical integration could equal a 56% reduction in Tesla’s cost per kWh.

Here’s an overview of what was announced, with commentary and additional questions via Wood Mackenzie’s Battery Raw Materials and Energy Storage Service teams.

Several years ago, Tesla transitioned from the 18650 cylindrical form factor to the 2170 form factor, yielding a 50% increase in energy per cell. The cell revealed this week would increase the dimensions yet again, bringing the diameter to 46 mm and height to 80 mm – the ‘4680 cell’. While the bigger structure alone can cause thermal and rapid charging issues, Tesla claims to have overcome these by using a tab-less design. This tab-less design also streamlines production (by removing pauses on the production like to add tabs).

Wood Mac: “Production has already commenced, with 10 GWh of annual capacity expected before the end of 2021. We expect this new development to be implemented in line with guidance, as the change in form factor alone gives the new cell five times more energy capacity and six times more power than previous cells. Tesla also estimates that this will reduce the $/kWh pack cost by 14%. A key question is whether other battery makers will follow. The 4680 cell design is a much greater change to manufacturing than the move to 2170 was. It may take a lot longer before Tesla’s external battery suppliers (or competitors?) get on board with the new form factor.”

Silicon can store nine times more lithium than graphite, and many companies have been developing innovative ways to increase the amount of silicon in the anode. While the share of silicon has increased over time, electrode cracking and degradation are still key barriers to producing a silicon-dominant anode.

Tesla claims to have overcome this challenge by removing the graphite entirely, using an elastic, ion-conducting polymer coating as a stabilizer. Other methods have utilized complex and costly designs such as graphene and nanotubes, but Tesla’s method is apparently simpler, cheaper and would even provide a 20% boost in range.

Wood Mac: “It almost seems too good to be true, particularly when companies such as Sila Nanotechnologies and NanoGraf have been focussed solely on addressing this problem for nearly a decade. A transition to silicon-based anodes has always been a risk for graphite demand in the battery sector. Although the risk might seem slightly more tangible now, we still expect graphite-based anodes to dominate in the short to medium term.”

High-nickel cathodes are all the rage in batteries right now, and Tesla confirms it is headed there. The challenge is more nickel comes at the expense of cobalt, which, while toxic, is often needed for stabilization. Lithium-iron-phosphate (LFP) was confirmed as an integral part of the company’s portfolio.

The earth-shifting strategy boils down to supply chain reductions and vertical integrations more than battery cell, but the switching up the battery tech is what will allow Tesla to bring battery chemicals production much closer to home. The development of a North American cathode facility was one announcement to this end.

Wood Mac: “Not only will this reduce the carbon footprint of the cell but will allow the company to have greater control on its input materials. In the presentation, Musk suggested the removal of the Class 1 nickel dissolution process. While the details from Tesla are vague, this is already widely occurring where mixed sulphides and mixed hydroxide precipitates are already being directly converted into suitable sulphates for cathode production. This underpins our assumption that the battery sector does not explicitly require Class 1 nickel.”

Tesla also aims to move upstream into mine production by acquiring a lithium deposit in Nevada, and also claiming to have developed a novel lithium extraction method.

WoodMac: “According to Tesla’s estimates, using its new extraction and processing technology, lithium in Nevada would be enough to support the electrification of the entire US vehicle fleet. Of course, this method will be cheaper, faster and have less environmental impact than anything currently available, as do all new breakthrough technologies. However, it needs to be proven at a commercial scale before the lithium industry will take it seriously and move away from the conventional processing routes. It is very difficult to believe that all the world’s mineralogy and processing experts would not have realised it was so simple to extract lithium in this way.”

Tesla aims to reach 100 GWh of inhouse lithium-ion battery cell production capacity by 2022 and 3000 GWh by 2030, which is far greater than any major battery manufacturer has announced.

WoodMac: “We estimate the total planned cell manufacturing capacity, excluding Tesla, to be 1,300 GWh by 2030. Tesla’s announcement is more than twice the total global pipeline capacity.”

So, will Tesla be able to meet these ambitious goals?

WoodMac: “Currently, Tesla, and its partner Panasonic, produce NCA cells in Reno, Nevada. After a ramp up of nearly three years, annual capacity now stands at around 35 GWh. To make the near-term 100 GWh target, Tesla needs to triple its inhouse production in just 2 years. While this is the first time Tesla plans on manufacturing their own batteries, the planned capacity target is not unachievable even using existing manufacturing set-up.

Wood Mac: “However, to make the capacity 100 times greater, simply scaling up the assemble lines is not an option. This would require a significant amount of investment, land, and labour for production. Tesla revealed a series of solutions to simplify the entire cell manufacturing process including coating, winding, assembling and formation. Acquiring Grohmann, Maxwell and Hibar systems enables Tesla to vertically integrate its production process and to continuously improve: The powder-to-film process skips solvent application in making electrode thus reducing footprint and energy consumption; New cell design saves time in winding with no need to insert tabs; High-speed continuous motion assembly lines are seven times more efficient than the current lines with a capacity of about 20 GWh each; Tesla power electronics enables 75% reduction in footprint. Tesla also shared a blueprint for its Terafactory and the future of cell manufacturing. The question that remains is how soon Tesla will be able to materialize the design and ramp-up manufacturing while meeting its cost targets.”

“The real key takeaway is that if everything goes to plan, it will only be after 2023 that Tesla will be able to make the low-cost electric vehicle needed for mass-market adoption. In a much less extravagant way, VW revealed a similar timeline only last week.”