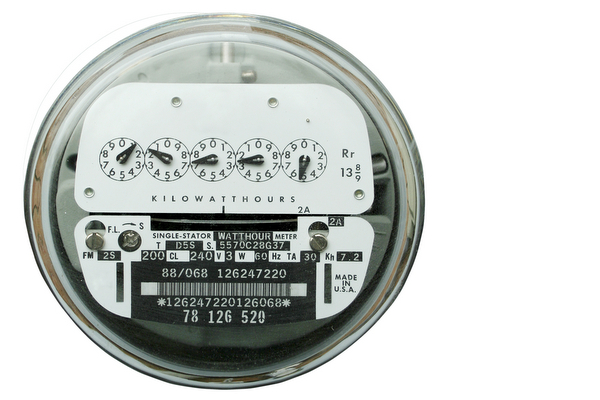 Another episode of, “As the Meter Turns…”

Outside of Nevada, the solar industry seems to be winning contentious debates left and right. Maybe the most major of these debates was taking place in California and, of course, concerned net metering. The margin was narrow, but in a 3 to 2 vote, California’s Public Utilities Commission upheld the net metering regulation, allowing homeowners with solar panels to keep selling the excess power back to their utility at the full retail rate.

Since California is the solar capital of the U.S., this was an important decision that has big implications for the solar industry and utilities. Most states have passed laws allowing net metering, but a 40 percent drop in the cost of residential solar installations in the last five years has prompted some to review those policies amid calls by utilities to roll them back. We point to what is happening in Nevada.

But as the close vote indicates, there is still some indecision on this issue. There already were some concessions made that will drive up other the costs. Solar customers will have to pay a new fee of between $75 and $150 to connect a system to the grid, and will be required to move to time-based utility rates, paying more for power during peak hours. They will also be required to pay monthly fees of about $6 for certain utility programs.

The state’s three investor-owned utilities, Pacific Gas & Electric, Southern California Edison and San Diego Gas & Electric, initially argued for fixed charges for solar customers, but in the last month authored a new proposal that would preserve net metering but reduce the rate at which solar customers are compensated for the excess power they produce.

“Today’s decision by the Public Utilities Commission will empower Californians to contribute to a cleaner, more affordable, more resilient, and more distributed grid. It will give us the time to prove distributed energy’s full benefits to the grid and all ratepayers, while continuing to deploy clean energy and creating jobs today.

“Since December we have seen a paradigm shift on the world’s approach to electricity, with the Paris climate agreement, extension of the federal Investment Tax Credit, and now a decision from California that will continue the successful net metering policy while ensuring rooftop solar users begin to provide valuable services to the grid. This new paradigm is one in which our most important goal is to deploy renewable energy as fast as possible. SolarCity looks forward to working with everyone to exceed the world’s expectations on how fast we can do it.”

And just as predictably, the large solar installers were excited. SunEdison’s President and Chief Executive Officer Ahmad R. Chatila said, “We thank California’s policymakers for today’s decision on net metering and applaud the integrity of all parties who contributed to these proceedings. We firmly believe that today’s decision is an important step forward and will help build a stronger, more robust electricity grid which delivers clean, cost effective energy to all of the citizens of California.”

Bryan Miller, Sunrun Senior Vice President of Public Policy & Power Markets and President of The Alliance for Solar Choice said: “We commend the Commission for upholding net metering and protecting solar choice for Californians. While today’s decision is a compromise that will require the solar industry to adapt, it rejects the utilities’ anti-solar proposals and continues California’s renewable energy leadership.”