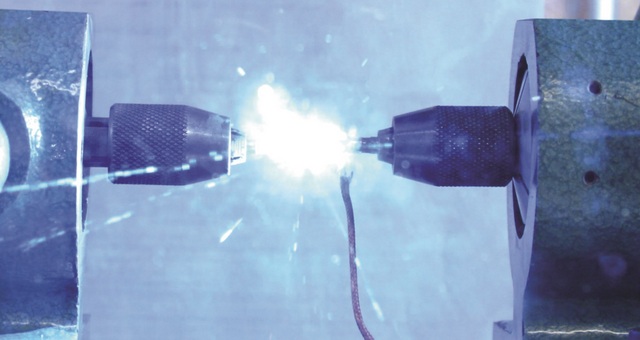 Arc fault events are a pain point in the solar industry for the threat they pose to PV systems and, maybe more so, for the detection headaches they cause. Everyone reading this is nodding along, thinking of the times a system they installed was falsely tripped or, even worse, when an arc fault was completely missed by the detection system.

The issue at hand isn’t in the NEC 690.11 arc fault detection requirements, but rather in the testing methods used to certify an arc detection device to the UL 1699B certification. The significant field performance issues of products that meet the 1699B Outline of Investigation listing has also kept it from becoming a standard when it was last on the ballot in January 2015.

Since that 2015 ballot defeat, an effort has been underway to improve 1699B. Dargatz is chair of Task Group 1, the group within the NEC’s Standards Technical Panel that has been working on these new standards. He chatted with us about the shortcomings in the previous testing and how close we are to a new improved standard that would be a huge benefit to the solar industry.

Hey, this article first appeared in the March/April issue of Solar Builder. Not a subscriber? Sign up for FREE here. Print and digital options both available.

What was the issue?

Dargatz says the shortcomings of the UL 1699B guidelines are in their failure to accurately reflect real-world conditions. The most notable test was an arc gap that involved putting a tuft of steel wool in between two metal rods (about 1/8-in. apart). The PV current is in the DC circuit with all of the current going through a switch. The rods and the steel wool are outside the circuit. The switch is then opened, the current passes through the steel wool, an arc event happens and the steel wool poofs into oblivion.

Right there is the biggest fatal flaw. That arc is a transient event. Everything happens in an instant, which is not how the vast majority of arc events occur out in the field. Picture a poor contact in a PV connector, for example.

“A poor connection, over time, slowly heats up,” Dargatz says. “As it heats, one piece thermally expands. As that happens, the gap increases, and then the resistance goes up. It’s self-feeding and then, eventually, there is enough gap that an arc occurs. This happens slowly over time. That’s the point. In the real world, whether it’s a connector or screw terminal connection, a lap joint in a module, the fault develops over time.”

So, that was one mandate of the prospective update to 1699B — detecting a slow developing arc.

Back to the steel wool test: Where exactly is the detection device in relation to the arc fault event? This was another real-world condition variable that needed consideration because there was no requirement in the guidelines for DC homerun distance.

“Most ran a few feet of wire outside the inverter, put the gap there and ran on to the source another 3 ft away,” Dargatz says. “In the real world, one condition you might see is a string inverter mounted somewhere on the outside wall of the building and the array on the roof. Well, it might be 75 ft away — and most [arc faults] happen up in the array.”

In the new proposed guidelines, the test circuit includes in-line inductance and array capacitance, which forms an LC filter and filters the frequency content of an arc in the 40- to 100-kHz range. This test circuit reproduces the characteristics of having the PV array some distance from the inverter or arc detection circuit.

“Let’s say you have a 14-module string, the connector at the seventh module has an unintentional continuity failure and it starts arcing,” Dargatz posits. “Is the ability to detect that guaranteed by the steel wool at the terminal test? No. The answer is no.”

The new proposed test would account for real-world conditions of parasitic components, like inductance and capacitance, array characteristics, the DC source used for testing and so on.

Other mandates include ensuring the test methods are agnostic to arc detection strategy and more consistent. Tell 10 people to grab a “tuft” of steel wool and you will get 10 different sizes, so repeatability is key.

As of me typing these words, the final draft of the new 1699B testing guidelines was approved by the task group for submission to the standards technical panel (STP). From there, it will be reviewed by the STP, which consists of 38 experts from different areas of industry. They will comment and ask for revisions, and then there is a public review and comment period. After that, the draft is put to a vote by the STP.

If all goes according to the task force’s plan, the draft could be on the ballot to become a standard as early as August. Dargatz is hopeful they have improved the guidelines to the point that it will not just become a standard but significantly improve arc fault detection in the PV industry (just don’t hold him to that timeline).
If there is an updated 1699B listing at the end of this process, manufacturers will have a grace period to re-submit and re-list their products. If this doesn’t happen, the prior listing will be invalid after the grace period. The grace period is typically one year.

So yeah, the final, final outcome is still not set, but it feels like some big-time progress is on the horizon.
“There will probably be conditions we have not foreseen that may cause unintentional tripping, but I think it will be far reduced from what we see now,” Dargatz says. “I also feel that the ability of a listed system to this new standard to detect an actual arc will be far superior.”