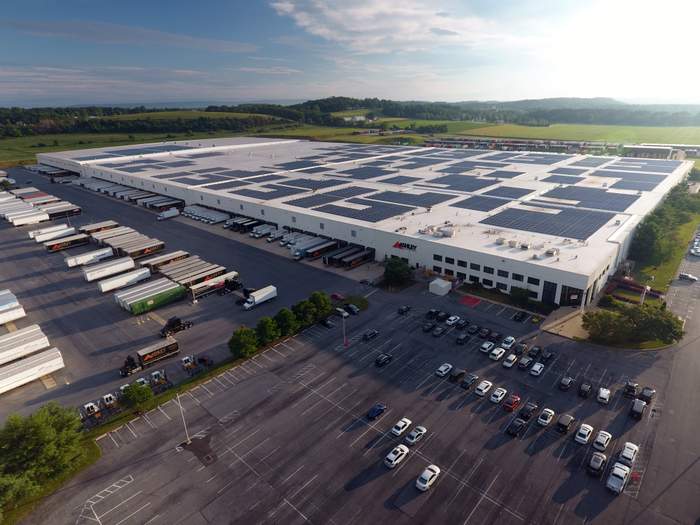 Ashley Furniture Industries started a multi-phase effort to reduce its energy footprint last year. Cut to today and 28,776 roof-mounted solar panels atop Ashley’s Leesport, Penn., facility will produce more than 9,630 MWh of electricity per year. This is roughly equivalent to the amount of power consumed by 786 average American households in a year. Ashley partnered with SunPeak, a leading developer in the solar industry, to design and install the solar systems.

“The project is noteworthy for its scale,” noted Tim Paap, Professional Engineer and Director of Project Execution for SunPeak. “It can be difficult to comprehend just how large the system is when you talk about megawatts of power. The entire system takes up 580,000 square feet, or over 10 football fields, and produces as much power as 2 locomotives. And it’s on the roof of a facility that would otherwise be unutilized.”

In addition to the Leesport facility, rooftop solar systems have been constructed and commissioned on two other Ashley distribution and retail centers in Romeoville, Illinois and Lathrop, California. Mobilization has started on the next two facilities in Redlands and Colton, California.

“We need a lot of energy to manufacture our products and it only makes sense to use renewable sources,” said Ron Wanek, Founder and Chairman, Ashley Furniture Industries, Inc. “This is a long-term investment, not only for Ashley, but for our environment. We are taking proactive steps and hope to see others in our industry join us.”