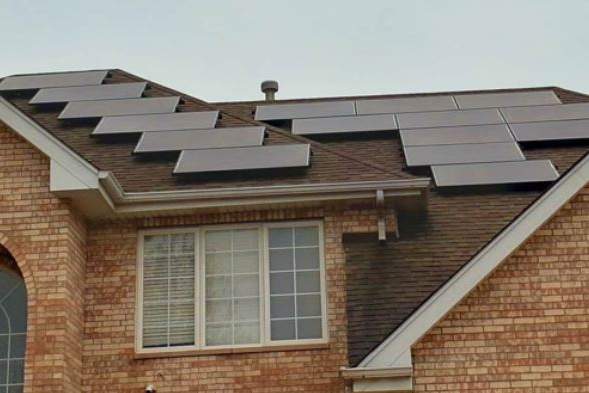 Headline Solar is one of Illinois’ fastest growing solar company, hitting $5.2 million in revenue after just nine months of operation. Headline Solar is a residential solar energy company that helps Illinois households transition to renewable solar energy systems. In the last two months the company has more than doubled its staff and is looking to hire 100 new employees in 2020 across their operations, sales, marketing, and customer service departments.

The Chicago multi-million dollar startup was founded by 24-year-old Houston, Texas native Jared McKenzie along with his business partner Kevin Gillespie from Chicago. McKenzie attended University of Arkansas majoring in entrepreneurship before dropping out his junior year to start a digital marketing agency. While working with clientele in the residential solar industry, he became intrigued with the industry and its benefits. The idea of Headline Solar soon came to fruition in late 2018.

Since launching in March 2019, Headline Solar has completed over 150 residential solar projects in the state of Illinois, each expected to generate solar power for the next 30 years. These installations will help save 414 million gallons of water, lower carbon footprints by 122 million pounds, prevent 536 million pounds of coal from being burned, and prevent 550 acres of trees from destruction.

Illinois was a clear choice as the home for the start-up because the state’s renewable portfolio standard (RPS) requires that 25% of its electricity production comes from renewable sources by 2025. Homeowners and businesses in Illinois are eligible to take advantage of additional savings by switching to solar. In addition, there are new state incentives that, coupled with federal offerings, can reduce the cost to install by up to 56%.

“Our customers all have different priorities from reducing their carbon footprint, to saving money on monthly bills, but the exponential growth of solar energy is because there are so many benefits to homeowners, including increasing the value of their homes,” says Jared McKenzie, CEO & Founder of Headline Solar.

During the slower winter months McKenzie is prepping to scale new heights this year. According to the Solar Energy Industries Association (SEIA) solar production in Illinois is estimated to grow 1700% over the next 5 years. With a plan to expand Headline Solar into other states in the U.S., Jared expects to hit 30 million in revenue in 2020.