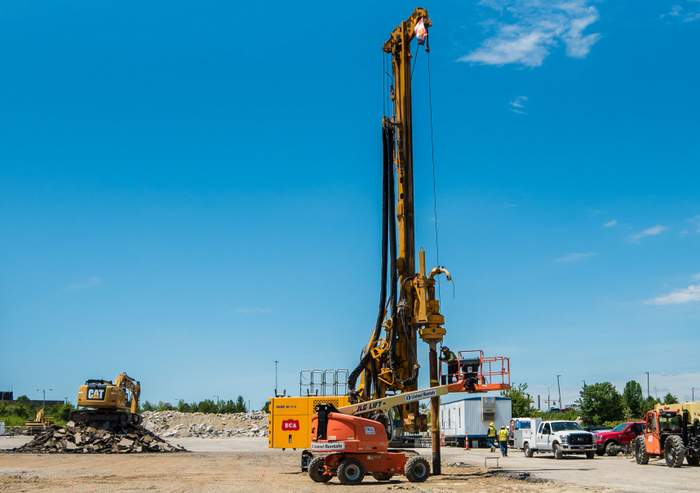 This week, construction began on the first-of-its kind electrical microgrid that will completely power the Pittsburgh International Airport by summer 2021, improving public safety through power resiliency and redundancy.

All permits and regulatory approvals have been received, clearing the way for an energy plant of five natural gas fired generators, to be built on airport property, and nearly 7,800 solar panels installed on eight acres located off I-376 just before the airport exit.

The new facilities will produce 20 megawatts of electricity from the natural gas generators and about 3 megawatts from solar, enough energy to power more than 13,000 residential homes. The airport’s current peak demand is approximately 14 megawatts.

The airport’s microgrid will become its primary power source, but it will remain connected to the traditional electrical grid as an option for emergency or backup power, if required.

“Part of our mission is to be a world leader in aviation innovation and this project is about powering airports into the future,” said Pittsburgh International Airport CEO Christina Cassotis. “This project will bring power resiliency and redundancy to enhance safety and ensure continued operations for the traveling public.”

Once the microgrid is online, it will help to avoid the kinds of power outages that have wreaked havoc at airports, including Hartsfield-Jackson in Atlanta, Los Angeles International and Washington Reagan International. Officials said it will also save money on electrical costs.

“Even during these very challenging months, this project has remained on track, which is a credit to everyone who has been working on it and all of its components,” said Tom Woodrow, vice president of engineering at Pittsburgh International Airport.

The facility, which will be built, operated and maintained by Peoples Natural Gas, will power both the Landside and Airside terminals, the hangars and maintenance facilities, the airfield, the Hyatt hotel and a Sunoco gas station.

The solar facility design is about 75 percent complete and is on a separate track for permitting and regulatory approval. The current schedule has the solar facility construction beginning in the fall, and construction of both facilities is scheduled to be completed in the second quarter of 2021.

The microgrid is also a key component in the Terminal Modernization Program and will improve safety and resiliency for the new terminal, Woodrow said. Additionally, installation of a new electrical switchgear, a kind of main breaker panel for the Landside and Airside Terminal, is also underway to support the electrical infrastructure for the microgrid.

“Having the switch gear replaced ahead of the microgrid tie-in will eliminate the need to disconnect the microgrid from the old switchgear and then re-connect into the new one, which would be more costly and inefficient,” Woodrow said.

Airport officials said bids for the switchgear, which came in at nearly $2 million under budget, reflect a favorable and competitive construction market in the Pittsburgh region.