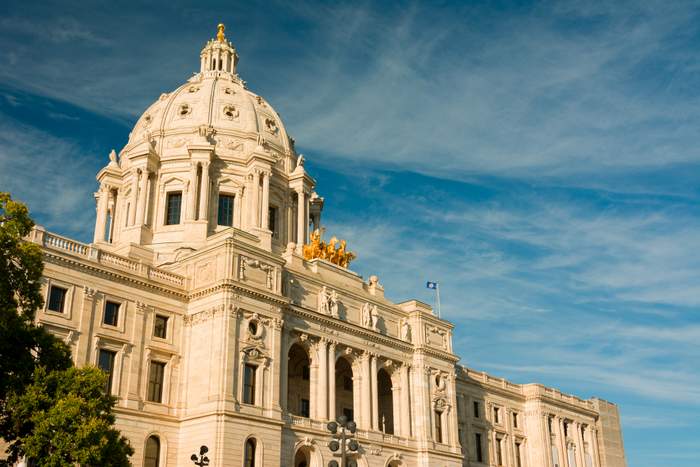 Via ENN: An industry group had already been pushing for an extension of a popular solar incentive program set to end in 2021. Faced with a potential economic catastrophe from the coronavirus pandemic, Minnesota’s solar industry wants lawmakers to increase the budget for a solar program funded by Xcel Energy.

Minnesota Solar Energy Industries Association executive director David Shaffer wants lawmakers to increase spending by $17 million for Solar Rewards over the next two years and extend the program, slated to end in 2021, to 2024. The organization also wants an initiative to fund solar projects for schools.

“Now is a really great time to pass this,” Shaffer said. “What better way to stimulate the economy than spending money we have access to? We’re still pushing for this even though there are a lot of high priority items because it would benefit Minnesota’s economy in a time when it needs it.”

Shaffer thinks the money would be an economic stimulus and have no impact on the state’s general fund, which legislators agree will be directed toward fighting COVID-19, essential government operations, and bonding. Portions of the Renewable Development Account, which has amassed $85 million, passed out of committee in the House and Senate in March, he said.

The solar industry group proposed the legislation before the onslaught of COVID-19 and now believes lawmakers must pass it. Solar installers face a looming set of challenges beyond the pandemic, among them the expiration of Solar Rewards, the end of federal tax credits, and a recent local rule change that reduced the size of residential arrays for safety reasons, Shaffer said.

Michael Allen, co-founder of solar installer All Energy Solar, said Solar Rewards has been a boon for spreading solar in Minnesota. He helped write the proposed legislation to extend Solar Rewards and he fervently hopes policymakers, at a minimum, maintain it until 2024. “Having that program go away would be devastating to the solar industry in Minnesota and to all the Xcel Energy customers who might want to do onsite solar,” he said.

State Rep. Jamie Long, DFL-Minneapolis, said he believes the legislation has a chance because it creates jobs, does not spend public money, and uses an account limited to clean energy investment. Solar in schools “has strong support” from both parties, he said, and could assist school districts looking for opportunities to save money on energy.

The 2009 federal Recovery Act helped establish Minnesota’s clean energy economy after the Great Recession, and the Renewable Development Account could do the same as the state looks for a way to jumpstart the economy. “It’s really important to reach an agreement on RDA spending,” he said.

Whether lawmakers agree with Long remains questionable after they did not pass any significant legislation related to the account last year. A failed proposal by Senate Republicans would have spent $40 million to help communities hurt by the closure of biomass plants.

Shaffer agrees. Even after investing in Solar Rewards and solar on schools, the Legislature would have enough money to begin offering financial assistance — job training, economic development and other programs — to communities facing biomass and coal plant closures.

Clean Energy Economy Minnesota supports Shaffer’s efforts. “Action on RDA will be important to provide stability and support to businesses and energy consumers,” said Gregg Mast, executive director of the industry-led nonprofit. “It would also spur clean energy industry growth and attract additional investment that will be needed to further the state’s progress in decarbonizing our economy.”

Mast says he remains optimistic because he has found in his conversations with legislators that there’s bipartisan support for RDA spending. Many lawmakers understand the positive and immediate impact spending would have on the state’s battered economy, he said.

Solar on schools remains a second priority. Last year lawmakers considered but killed a $16.6 million solar schools program using the account. A budget that size could add as much as 25 megawatts of solar statewide and save districts more than $30 million in energy costs over the next 25 years, said Eric Pasi, chief development officer of solar energy company IPS Solar.

The legislation would allow the Renewable Development Account to provide funding for school projects of up to 1 MW, an increase from the current limitation of 40 kilowatts. IPS Solar has done three dozen projects on schools but they have been small because of the 40-kilowatt limit, Pasi said.

Raising the size of school-based projects to 1 MW will lead to larger projects that could more substantially offset energy consumption in schools, he added. That could help school districts reinvest energy savings in other programs and help districts avoid increasing school tax levies, Pasi said.

IPS Solar has felt the impact of COVID-19. A commercial client suspended projects on several sites and another temporarily canceled one, Pasi said. Those numbers could grow if the crisis deepens. Using money from the Renewable Development Account would “allow a lot of small businesses to maintain operations after we hopefully resume installation work later this year,” he said.

After years of growth, solar could see a decline without state investment. “The Legislature has to act this year, or we’ll see job losses, even without COVID-19,” Shaffer said.