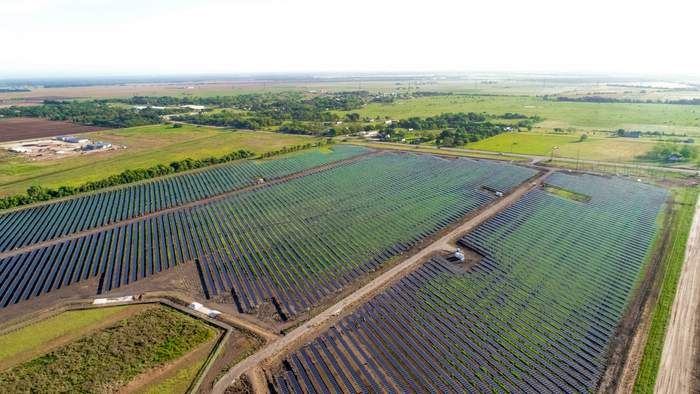 Starbucks Coffee Company, Cypress Creek Renewables and U.S. Bank are teaming up on a portfolio of solar farms across Texas. As a part of the deal, two solar farms developed, built and now operated by Cypress Creek are providing enough energy for the equivalent of 360 Starbucks stores in Lone Star State, including stores in Houston, Dallas, Fort Worth, Plano and Arlington.

Not only is Starbucks continuing to lead the way in purchasing renewable energy to reduce its environmental impact, the company is also being more regionally intentional with its approach by investing in local projects to directly support the markets where it has stores. This relationship with Cypress Creek and U.S. Bank is an example of that strategic approach at work.

With the final solar farm in the portfolio now producing energy, hundreds of Starbucks stores across Texas are now powered by two, 10-megawatt Cypress Creek-owned solar farms located in Wharton and Blossom, Texas. ENGIE Resources is providing full retail energy requirements, including a structure that provides budget certainty via a fixed price and a simple retail energy supply contract.

But wait, there is more

Starbucks is separately investing in six Cypress Creek-owned solar farms in Texas, representing 50 megawatts of solar energy. In total, the portfolio of eight projects is reducing carbon emissions by an estimated 101,000 tons per year, the equivalent of planting nearly 2.5 million trees.

“At Starbucks, we are proud of our 30-year legacy in environmental leadership as we know the planet is our most important partner,” said Rebecca Zimmer, Starbucks director of global environmental impact. “Our long-standing commitment to renewable energy supports our greener retail initiative and demonstrates our aspiration to sustainable coffee, served sustainably. Now, we are investing in new, renewable energy projects in our store communities, which we know is something our partners and customers can appreciate for their local economy and for the environment.”

Cypress Creek is a leading developer, investor, builder and operator of solar energy generating assets in regulated and deregulated markets across the United States. The company has successfully developed more than 3.5 gigawatts of solar.