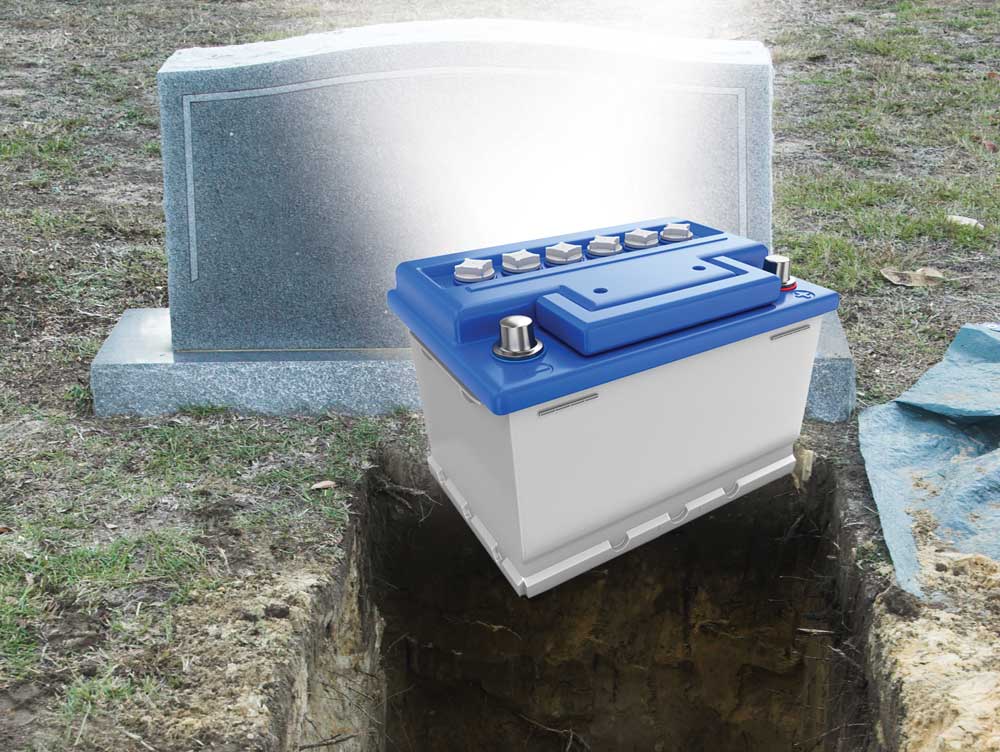 As we stare at the horizon of grid-tied residential solar + storage, waiting for the dawn of the lithium-based battery era, are we overlooking the potential of lead-acid batteries?

“There’s inherent advantages in lead that aren’t talked about enough, and all of the lead battery companies are making money and growing,” says Paul Bundschuh, CEO of Tydrolyte LLC. We called Bundschuh to hear about the potential for his new lead battery chemistry. During the call, he explained the problem isn’t overlooking lead batteries, it’s more that we aren’t looking far enough over that horizon.

Before shoveling dirt on this tried-and-true technology, consider the tale below.

Lithium-based batteries are cited as the best way forward in grid-tied solar + storage because of their greater cycle life and deeper depths of discharge. One big, early use case for lithium is peak demand shaving, meaning deep cycling every day.

“Lead can be competitive in daily cycling every day, but lead battery manufacturers need to do a better job proving that,” he says. “Additionally, some of the technical innovations coming to market will make lead more competitive in that application.”

Part of the issue is energy storage hasn’t been a top priority for the industry as it is relatively small compared to the automotive starter market, but this has been changing in recent years with more technical innovations focused on the energy storage market.

One of these innovations would involve the successful integration of Tydrolyte’s chemistry, which Bundschuh is hyping as “the biggest fundamental change in the 160-year history of lead batteries.” Lead-acid batteries die over time due to corrosion. That’s caused by oxygen evolution that occurs during electrolysis. Thus, reducing corrosion means a longer battery life. Bundschuh says Tydrolyte can reduce corrosion by close to one-third. If that bears out, this would increase lead-acid battery life by 50 percent.

“If we can make a lead-acid battery last significantly longer, that’s a bigger gamechange than any incremental improvement in lithium batteries,” he says.

This claim is still being tested, but Tydrolyte has signed testing agreements with almost every major U.S. battery manufacturer, is working with universities and is paying for contractual battery testing through ISO-credited test labs to prove its worth.

The next improvement in cycle life would require taking a page from the lithium battery book and tying new battery management systems to lead batteries.

Are we sure about price?

The supply of storage materials is worth considering a bit more. Bundschuh posits that one reason lithium is being pushed so heavily in the solar + storage space is excess capacity that has accumulated in anticipation of a huge EV market, which has yet to fully materialize. So, in the meantime, solar + storage is a secondary market that is easy to repurpose lithium-ion EV batteries from underutilized factories.

“When the EV market becomes stronger, that will be the priority for lithium batteries, and you should expect any shortages will be far more pronounced in the lower priority storage market,” Bundschuh says.

Ultimately the battery costs come down to the raw material — the metals. How many kWh can you get per kg of a metal, and how many cycles can you get out of it? Lithium has the advantage in those categories. Looking way down the road though, the future supply of the metals in lithium-based batteries isn’t as clear. The global supply of cobalt and higher grade nickel is questionable and comes from potentially unstable foreign sources.

Lead batteries on the other hand are 100 percent recyclable, and the economics of this recycling process are attractive. An old lead-acid battery is worth 30 percent of the value of a new battery, and in the United States, most of the lead in those batteries is from old recycled lead batteries.

“Over ninety-nine percent of the lead batteries in the U.S. are recycled,” Bundschuh states. “It’s the model for a circular economy and, because of that, the carbon footprint is much lower with lead batteries than lithium. And the fastest growing battery market, China, largely hasn’t been recycling lead batteries like we have. The Chinese government is now requiring mandatory recycling of lead batteries, lowering the need for primary (virgin) lead material, which will lower global lead pricing.”

If storage is really going to be widespread and of huge importance to our energy future, the recyclability of batteries needs to be considered more.

“Our Tydrolyte technology appears to be complementary to other innovations in bipolar battery architecture, new carbons and lead oxide materials,” Bundschuh says. “If this is proven to be the case, the cycle life improvement for lead batteries may increase 5 to 10 fold over the next several years, making lead batteries more than competitive with lithium in stationary storage applications.”

Late in 2018, the European Union Delegation to Kenya relocated offices from the Upper Hill region of the Kenyan capital of Nairobi to the 21st floor of the Dunhill building in Westlands. The delegation set high standards regarding general security, which extended to requirements in terms of energy security. Due to the important nature of the information stored and the systems running on their servers and computers, it was critical that the equipment was not exposed to power fluctuations due to grid-supplied power failures.

To ensure continuous power supply, the decision was made to install a backup system that included several backup components and energy storage. Now, if the grid fails, the offices and all of the equipment, devices and lights needed to perform their work will remain connected to the system and use the energy stored in the batteries. Trojan’s SAGM 06 375 batteries were used in the system (104 units). This building was the first in East Africa to be assessed under the Green Star SA rating tool and was awarded five stars by the World Green Building Council.