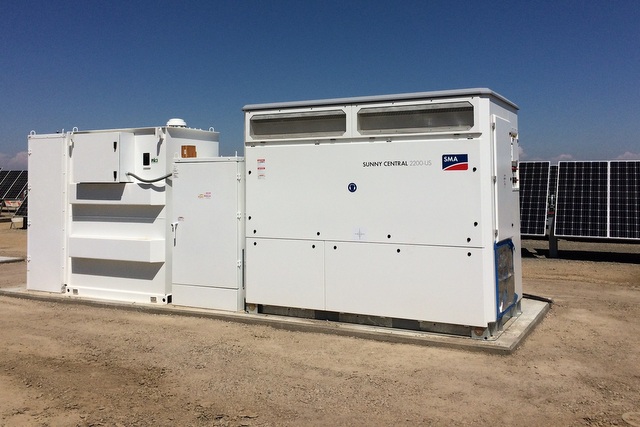 The Sacramento International Airport (SMF) added 7.9 MW of solar energy generation across two sites: A 15-acre plot near the airport’s economy parking lot, and a 20-acre location north of the runway. Borrego Solar, a top commercial solar company that specializes in designing and constructing solar and energy storage projects, constructed the project with financing from NRG, which will own and operate the facility. NRG will sell electricity to SMF under a Power Purchase Agreement (PPA).

“We are pleased to partner with Borrego Solar to bring renewable energy to the Sacramento International Airport, which holds special meaning because our U.S. headquarters is located in the Sacramento region,” said Jim Crossen, general manager for SMA America. “With Sunny Central inverters delivering reliable, robust performance, we are confident that the airport –and those who utilize it –will see the benefits of solar energy.”

The system will offset 30 percent of SMF’s electricity use, providing cost savings of up to $850,000 per year over the 25-year PPA, and will also help the airport achieve environmental leadership in the region.

“SMA is a valuable partner, and we were glad to utilize the company’s exceptional technology and local expertise for this PV system,” said Aaron Hall, president of Borrego Solar Systems. “With the Sunny Central’s reliable performance and power production, we are confident the airport will see great savings with it solar investment.”

The project was completed and commissioned in December 2017.