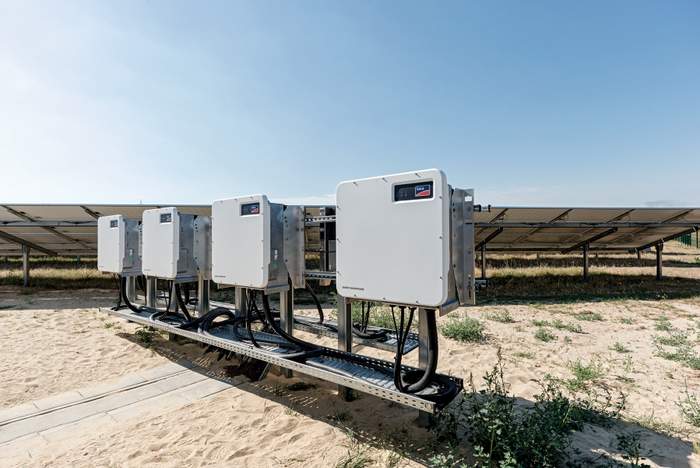 History is littered with a bevy of debates primed for discussion in the friendly confines of your local speakeasy. Do you prefer the designated hitter or pitchers who hit? Ford or Chevy? Pearl Jam or Nirvana? In the utility PV industry, that pub argument often comes down to central or distributed inverter technology. With impassioned cases on both sides – and even plant design models that fall somewhere in between – how can developers, designers and other stakeholders make an informed decision when it comes to large scale PV construction? Like so many things in the industry, there’s no clear “winner” but there are several guidelines that can be used to optimize technology choice.

While most owners take a long-term project view, developers, and Engineering Procurement and Construction firms (EPCs), are also keenly aware of a project’s capital expenses (CAPEX). Applied to inverters, this is typically reflected in a declining cost-per-watt as size increases. This common rule is validated in large-scale solar. As project size increases, the lower CAPEX cost of central technology and (more accurately) integrated platform and container solutions becomes increasingly attractive. As a rule, the larger the plant, the more cost-effective skid or container-based solutions become. Many integrators find a clear tipping point in favor of large centrals in projects beyond 20 MW, but this can still be influenced by several other factors.

While large utility-scale PV requires expansive land and clear access roads, medium and smaller sites often exhibit more challenging terrain. Rolling hills, irregular land plots, and compromised access can complicate the transportation of large, containerized power conversion solutions. In this case, modular inverters which can be delivered via smaller trucks and offloaded without cranes, simplifies onsite logistics. Costs can be saved by reducing or eliminating the need to prepare access roads. Eliminating required labor and heavy machinery to prepare the ground can result in substantial time and material cost savings in the construction phase. Additionally, in the pre-construction phase, site design can more easily maximize asymmetrical land with smaller inverters, which provide more flexibility and granularity in dealing with environmental conditions.

An integrator must evaluate its workforce to determine which model will yield an optimal cost profile. Lesser skilled labor may be an option for modular systems. Having access to the right workforce is dependent on factors including site location and the scarcity of skilled labor. A developer must consider whether they can secure the requisite and appropriate labor for installation.

With higher voltages at work (1,500V) on the DC side, it becomes more efficient to transmit current via DC cabling. When coupled with a centralized architecture, regardless of whether an integrator is using modular inverters grouped together or large central inverters, additional benefits are achieved through shorter AC cabling between the inverter and transformer. Reducing the need for AC cabling results in reduced CAPEX. It also yields other benefits. 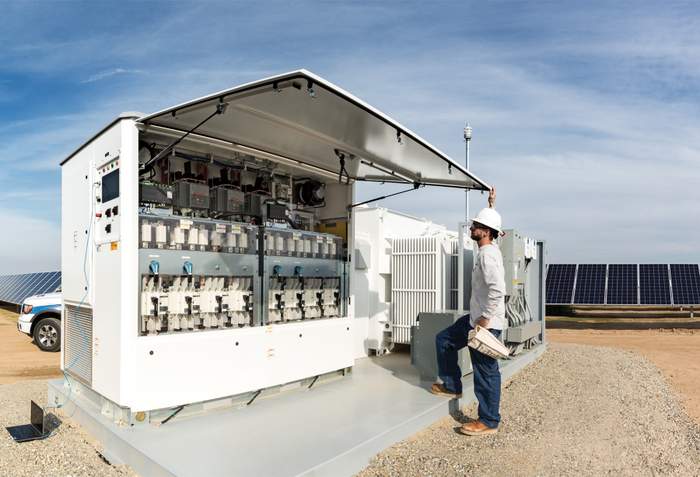 When applied against higher DC to AC ratios, a centralized design yields significant benefits relative to onsite power transmission. A string inverter distributed within an array transmits AC power over a much longer distance. A high DC to AC ratio, which is typical in utility PV, is clipped at the inverter, which in this example is in the field among the array. By the time that power reaches the transformer, losses up to — and exceeding — 1% can occur.

With a centralized design (again, using a central inverter or modular inverters grouped together at a centralized installation point), the greater DC power allows for those losses to be “recovered” through high DC:AC ratios. The DC power is transmitted over the longer distance onsite, then clipped at the inverter close to the transformer; the AC losses are effectively nil.

When is less more? In utility-scale PV, maximum power point tracking (MPPT) is applied using different metrics than in residential and commercial projects. Rather than needing more MPPTs to deal with obstruction and shade, utility projects are oriented toward reducing componentry to improve reliability. Every MPPT requires electrical components. If those components can be removed, the chance of failure or wear-out is reduced. In large-scale PV, projects are clear of obstruction and shade. And, with high DC to AC ratios, which causes midday clipping, having multiple MPPTs provides no discernable benefit. Therefore, distributing inverters in the field, each with multiple MPPTs, is extraneous. The plant will not generate additional power or energy, but it will have additional components at risk for failure.

Central inverter service and maintenance usually requires a higher level of sophistication than string or modular inverters, but for large projects, a refined operations and maintenance (O&M) plan can still be executed cost effectively. For integrators with a well-defined self-performance plan or a reliable O&M partner, servicing large-scale PV plants can be planned for and managed.

Sites using modular or string inverters may benefit from a less nuanced approached more focused on inverter replacement rather than repair. Onsite storage may be more effective for smaller inverters that require simple board exchanges, but it is not practical for large power stations. Project developers should consider how they will account for spare parts and who will provide the O&M. They will also want to know what guarantees are provided by the inverter manufacturer. These answers will help drive the service model that makes the most sense for a particular project.

Lastly, modular plant design can insulate a plant from catastrophic power loss. The failure of one or two units is significantly less impactful than a single central inverter. If spare parts and repair labor isn’t readily available, a modular concept can reduce risk associated with non-operational inverters. A developer should consider manufacturer experience and reputation when evaluating this topic. Large central inverters are proven performers when sourced from experienced, high-quality suppliers and when maintenance is routinely completed.

While some inverter technology providers will push one model over another based on what is on their assembly floor, developers and designers should look for a partner who can consult based on their unique project needs. Stakeholders should demand the right technology for the project. Working with an experienced inverter supplier that can provide distributed, modular, and centralized solutions, and has an extensive background in service and O&M, will ensure success when the discussion invariably transitions from the bar top to the boardroom.

Brad Dore is the director of marketing for SMA America. He believes Pearl Jam’s longevity, commitment to their fanbase, and advocacy for the environment make them the clear winner in any debate about Seattle’s best band.