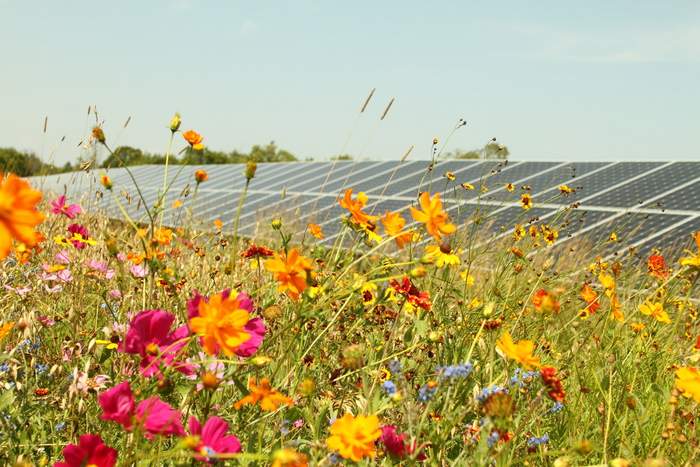 a pollinator-friendly solar farm designed and managed by Engie.

So, a solar developer and a beekeeper walk into a craft brewery … have you heard this one before? No? Then you need to chat with Rob Davis. He’s the director of the Center for Pollinators in Energy at Fresh Energy, a non-profit that promotes better vegetation on solar farms and pulls together partnerships to include bee apiaries as well.

“Whenever a solar farm is built on arable land, we want to make sure that we make productive use of that land,” Davis says, whose team has developed solar farm vegetation programs for more than 3,500 acres of projects in 10 states. “We want solar farms treated like rich soil that we’re borrowing from our grandkids, who will be inheriting it after that solar asset hits its end of life in 30 or 40 years.”

The main opponent here is simply the status quo. Vegetation is almost always significantly less than one percent of a total project budget.

“People just naturally think it’s just not important,” Davis says. “Often EPCs just want to do what they call throw and go mix just to fulfill their stormwater permit and then get on to the next job.”

Fresh Energy’s collaboration with the National Renewable Energy Lab is starting to produce evidence that thicker vegetation under and around solar farms creates a cooler micro climate, which then increases PV energy generation.

“For one, you have greater dust suppression,” Davis says. “Solar panel efficiency is significantly improved with cooler panels, but it’s also key for longevity. Anything we can use in the natural world, at a super low cost, to increase the efficiency and longevity of the panel is a worthy investment.” 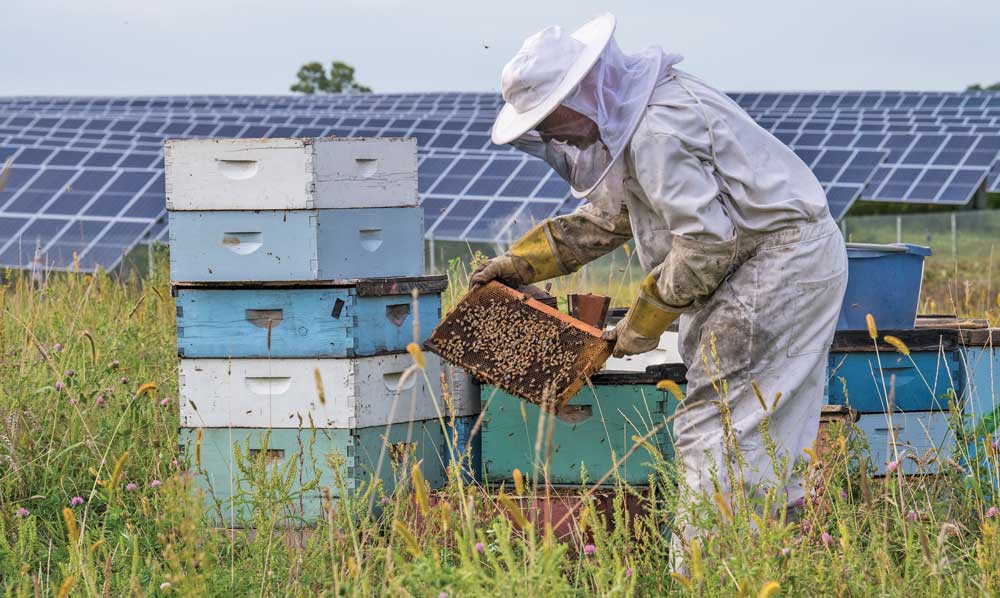 This apiary is owned and managed by Bare Honey. Photo: Dennis Schroeder/NREL InSPIRE

Smart use of land means more than just a focus on plants. Pollinator Friendly Solar in particular has been highlighted by the U.S. Department of Energy as a best practice, but often for the solar developer or EPC, the honey isn’t worth the bees, so to speak. This is where Fresh Energy comes in, doing all sorts of legwork to structure the partnerships and collaborations ahead of time.

“Imagine a dozen plates spinning on sticks, the classic circus trick, where you have to get them all spinning at the same time,” Davis says. “You want this solar farm to have flowering meadows. Okay, well, who provides the seeds and who plants them and who has the expertise? You go to the vegetation company, and they don’t know anything about solar so you bring them up to speed on solar. Then we go to the beekeepers and tell the beekeepers all the background, and then the beekeepers say, okay, but who’s going to buy the honey?”

To finally tie one recent bee apiary deal together, Davis swapped that last spinning plate for a pint glass. Craft breweries are great partners to pursue in these partnerships. Not only do craft breweries often have a sustainability story to tell, but they are also always in search of locally sourced ingredients, collaborations and community-minded programs. Sourcing honey from bee apiaries on solar farms check all of these boxes. Craft brewery partnerships also add cache to a solar project. 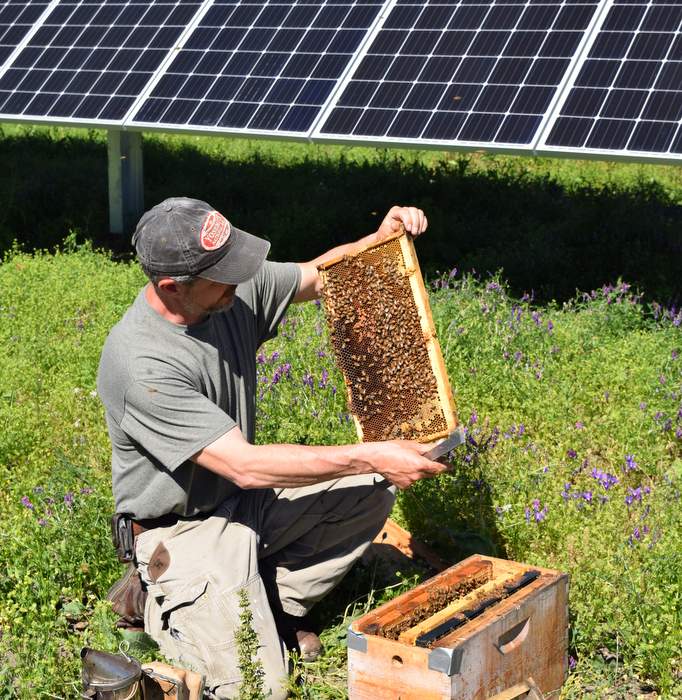 Fresh Energy’s recent collaboration with 56 Brewing in Minnesota has produced Solarama Crush, which 56 Brewing is now promoting as Minnesota’s first solar beer — a double dry-hopped American IPA made with honey harvested from bee apiaries on flowering solar farms. Clean energy is literally considered an ingredient in the beer.

On the solar side, the apiary is outside the fence, so it’s more about the private landowner striking a deal with the beekeeper than it is about the solar company. Davis does see an opportunity for solar companies here too from a community relations standpoint — maybe an opportunity to procure that honey and make it available in branded jars. If nothing else, it helps tell a more impactful story when needed. Davis also says permit approval for a project is often easier for a pollinator-friendly site versus a turf grass or gravel site.

“Nobody has ever sampled honey from a coal-fired power plant,” Davis says. “But you can bring solar farm honey to a permit hearing and hand out samples to everyone and half the people are going back for more.”

We’ll drink to that.