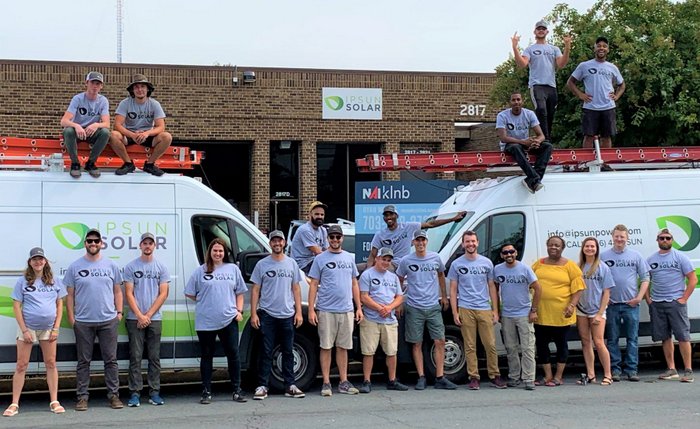 Ipsun Solar sent word about its involvement in the largest solar PPA ever awarded by a county in Virginia. The Fairfax County Virginia Solar Power Purchase Agreement (PPA) initiative has the potential to install solar panels on 113 county sites including 87 Fairfax County Public Schools, many of which are within a few miles of the Ipsun warehouse at the Mosaic District in Fairfax VA.

Altogether, the projects could generate up to 1.73 million megawatt hours of electricity, equivalent to the electricity used by 213,680 homes in one year. Additionally, the solar project will have the equivalent effect of removing 1.2 million metric tons of CO2 from the atmosphere.

Herve Billiet, CEO of Ipsun Solar, is especially proud of this deal having watched its formation from the beginning when Fairfax County Public School students began the Solar on the Schools Campaign.

“When the group formed, we were impressed,” Billet said. “When the kids asked me to come speak at one of their meetings to explain how solar works, I was happy to help. Now this project has come full circle, all because of the power of our young people organizing to make a difference for their future. We are proud to be a part of it and we can’t wait to get to work. Every panel we install helps fight climate change, and that is what we are here for.”

Susan Stillman, Renewable Energy Vice Chair at the Sierra Club VA Chapter, was a mentor for the Solar on the Schools students. Stillman emphasized that this project would not have happened without the tireless work of the students and the support of the FCPS School Board.

“The genesis of this Solar PPA contract is the advocacy of three James Madison High School seniors in 2016,” she said. “They spoke to the Fairfax County School Board explaining the economic and educational benefits of solar and told the school board that they had a moral obligation to act on the climate crisis.”

“Pat Hynes, Hunter Mill representative to the school board, became the champion for this effort,” she added. “Pat, along with most of the rest of the school board, endorsed installing significant solar. This is a huge achievement for student advocacy, empowering a cadre of students who came behind the original three and kept up the drum beat for action on climate while accruing economic and educational benefits.”