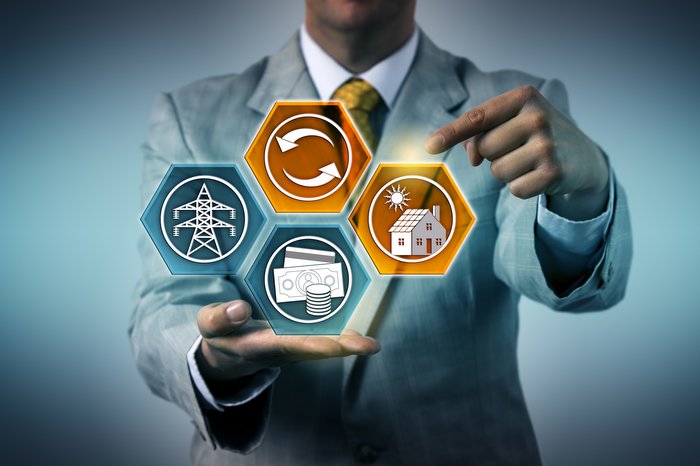 Virtual power plants (VPPs) are moving from concept to broad deployment throughout many countries worldwide, aiming to get the most out of distributed energy resources (DERs) in these regions. Recent efforts include Statkraft’s 1-GW VPP in the United Kingdom, Tesla’s 250-MW VPP in South Australia, and China’s first VPP, the largest VPP project worldwide (for now). Surveying the examples where VPPs have been successfully deployed, we at Lux Research have identified four key indicators companies should look for when evaluating new markets to deploy VPPs.

The first factor to look for is the presence of large-scale intermittent renewable generation. A country or region that has significant growth in wind and solar power generation will be injecting a higher amount of intermittent power into the grid. Consequently, this creates the need to establish a more robust grid-balancing mechanism, such as through demand response or ancillary services like frequency regulation. VPPs are often a necessary tool for balancing these electrical grids with growing renewable capacity installations — the higher the share of intermittent renewable generation capacity on the grid, the greater the opportunity for deploying VPPs.

For VPPs to provide valuable grid services, the market in which they operate should have considerable penetration of different kinds of distributed energy resources as well. From residential solar to behind-the-meter battery systems to flexible loads of building heating systems, aggregating a diversity of small and distributed assets can provide greater support for regular grid operations, maintaining grid stability and increasing grid reliability. The owners of these small distributed assets can also benefit financially, enabled by VPP aggregations that provide value-stacking services, such as energy bill reduction. Again, the higher availability of distributed energy resources, the greater the value VPPs provide.

While countries have established incentive schemes to promote adoption of distributed assets in the past, the drop in technology costs and proliferation of installations have led to a financially unsustainable framework. With owners facing weakened incentive schemes, they also face lower economic returns from their initial investments. VPPs are an attractive option to unlock additional revenue, by allowing access to an aggregator to leverage the asset to provide services to grid operators. In the face of diminishing compensation structures, VPPs are a solution for distributed energy resource owners — the weaker the incentives for adopting distributed assets, the greater the necessity of VPPs.

While VPPs are meant to enable small distributed energy resources to be aggregated and act as large-scale power plants, there are still challenges from a regulatory standpoint before the door is completely open for participation in energy markets. Markets with forward-thinking regulators are providing the necessary support to aggregators, aiming to identify the value that VPPs can deliver as well as the challenges to overcome. The less restrictive the energy market is, the more potential VPPs have in playing a key role in the grid system.

According to the International Renewable Energy Agency (IRENA), a number of countries have already established regulatory frameworks allowing VPPs to participate in energy markets, including Australia, Germany and the United Kingdom. But beyond these three countries, the opportunity for VPPs continues to grow. Using our four key indicators, let’s examine the case of another emerging market that will soon be ripe for VPP deployment.

Malaysia is one example of a country looking to increase the availability of distributed generation. The country is exemplary of the next big opportunity for VPPs. The country is working on increasing large-scale renewable generation (Indicator 1) as part of the Association of Southeast Asian Nations’ goal of 23 percent renewable energy mix by 2025, and it is concurrently promoting the adoption of smaller distributed energy resources (Indicator 2).

At the same time, the energy market is being transformed with decreasing feed-in tariff schemes (Indicator 3) and undergoing an energy market liberalization that can help build the required regulatory conditions for VPPs (Indicator 4). Tenaga Nasional Berhad, the incumbent electricity company in Malaysia, is already researching the benefits of VPPs in the country. In terms of the framework outlined above, the market looks promising as all four indicators are checked off, opening the opportunity for VPPs to become economically attractive to new asset owners in the coming years.

Energy companies interested in expanding VPPs to new geographies should rely on the four key indicators outlined here when evaluating the prospects of VPP deployment. Today, markets in Southeast Asia are building up to be promising opportunities and players active in the energy space should seek partnerships in the region to introduce the solution with pilot and demonstration projects.

Jessica Hernandez is an analyst at Lux Research.