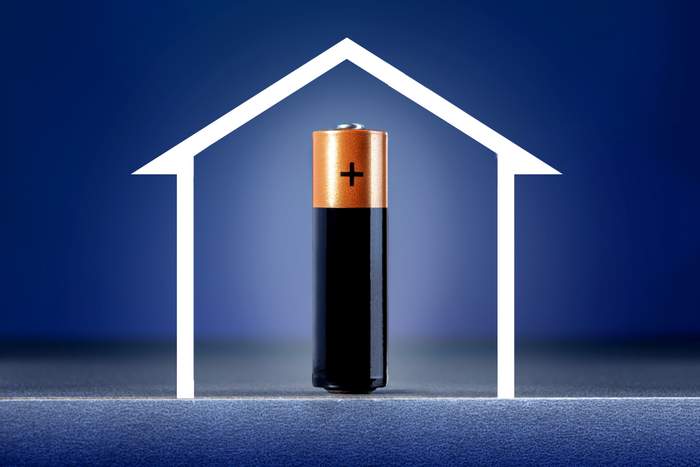 Until recently, most solar + storage systems have been out of reach of average homeowners. At first, that was because solar systems were expensive, even with the Investment Tax Credit (ITC) from the U.S. government. Then, as solar prices tumbled thanks to inexpensive imported panels, the sticking point became energy storage applications and prices. But in 2020 and beyond, solar + storage installations are surging throughout the United States, and it’s fair to ask: What is causing the exponential growth of the segment?

There are four primary reasons residential consumers are deciding to install solar + storage in ever-increasing numbers: regional grid instability, time-of-use (TOU) rates, better battery chemistries and ease of install. Let’s explore each of these reasons and examine how each of these factors will affect the market going forward.

As climate change begins to affect weather patterns, consumers are becoming increasingly aware of exactly how unstable the electrical grid is—and it doesn’t matter where in the country you are. While California is the obvious example as wildfires appear to rage out of control each year, it’s not just the West Coast that is being affected.

In other states, high winds, severe thunderstorms, tornadoes and hurricanes are increasing in frequency and getting more intense. With an electrical grid designed in the 19th and early 20th centuries, with above-ground wires that remain vulnerable to external factors, this instability leaves consumers feeling uneasy about their electrical supply.

Solar + storage helps alleviate some of those concerns. As the electricity is produced on site instead of being delivered from a central location, it’s less likely to be damaged by severe weather. In addition, the storage component provides more resiliency. It allows consumers to keep their lights and protected loads on even if the grid goes down.

Time of Use Rates

More states than ever are moving toward California-style Time of Use (TOU) rates, which encourage consumers to shift their energy consumption to times when there is lower demand on the grid. The goal is to shift usage from what are considered “peak” times to “off-peak” times, with correspondingly lower rates for use during off-peak hours.

What solar + storage allows consumers to do is store electricity from their solar panels when rates are lower (e.g., the middle of the day) and discharge to home loads for personal use when the rates are higher in the late afternoon/early evening. Thus, the homeowner’s bill is lowered because they are not demanding electricity from the grid at high-use, high-rate periods.

In the past, solar + storage systems have depended primarily on either lead-acid or lithium-ion batteries. Both types of batteries come with their own challenges, including using sometimes toxic metals (in the case of lead acid) or can have a thermal event because of their chemistry (as in the case of lithium-ion).

Recently, however, there has been a move to lithium ferrophosphate (or iron phosphate) (LFP) batteries. The battery chemistry is less toxic because of the metals used, and it is more thermally and chemically stable than other lithium-ion chemistries. They offer the same constant discharge voltage (e.g., 3.2V during discharge until the cell no longer has power), which allows it to deliver virtually full power throughout the discharge process. High-current LFP cells also last longer than more traditional lithium-ion batteries because they have slower rates of capacity loss.

As a result, homeowners are becoming increasingly comfortable with LFP technology and are more willing to install it in their homes. As prices continue to come down, the shift to this technology in residential installations will grow. There are a few reputable energy storage companies using this chemistry, such as Enphase Energy, Sonnen and Blue Ion Energy, just to name a few.

Finally, the simple fact that batteries have become easier to install has contributed to the expansion of the residential solar + storage market as well. Instead of involving a complicated installation process, most battery manufacturers have made their equipment virtually plug-and-play.

What this means practically is that the overall cost of installation has gone down, and it’s much easier for consumers who installed solar years ago to retrofit their systems more easily. It’s expected that the vast majority of solar installations will either be built new with storage or will be retrofitted within the next decade.

Though the systems are frequently plug-and-play, that doesn’t mean engineering a residential system is irrelevant. To that end, it’s important to understand what characteristics the most effective engineering firms and national/regional distributors have in their arsenal before they are hired.

For example, companies should be able to demonstrate a broad understanding of the challenges facing homeowners looking to install solar + storage systems. They should be familiar with the entire range of systems available and should be able to recommend which system works best for particular applications. Secondly, it’s important that companies be able to work quickly and efficiently to put systems together — firms that are able to produce systems within acceptable time frames and who can work easily with the installers to make sure the projects are done on time and on budget. Lastly, engineering teams that have specific teams that specialize in specific systems will provide the proper technical assistance to ensure the solar + storage installations go smoothly.

In the end, more homeowners are starting to realize that a solar + storage system is the best possible solution to grid instability and the increasing prevalence of TOU rates. As they become increasingly common, so, too, will demand for engineering services to support them.