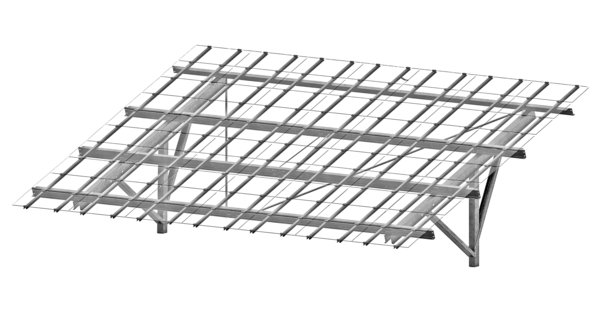 GameChange Racking has been driving costs down for awhile now. This week, the company announced that it has achieved an optimized cost of $.089/watt 9 and 10 up landscape systems for First Solar Series 4 modules. These are in addition to the 5 and 6 up landscape solutions previously being marketed by GameChange.

“Our customers are demanding the most cost effective solutions for their utility scale projects and we have responded with the best value and fastest installing racking for First Solar Series 4 modules in the industry,” said Derick Botha of VP business development at GameChange.

A study completed on Dec. 15 in North Carolina at an independent demonstration facility for pile driven racking systems revealed that part counts and connection points for the GameChange Max-Span pile racking system are substantially lower than all competitors that were tested. The parts counts were all conducted for 8 span, 2 up in portrait configuration tables, and did not include module hardware. Systems counted were from competitors representing a significant cross section of the designs prevalent today in the racking market in the United States. Part counts for GameChange were 27% to 37% lower than competitors according to the study.

As for the cost-optimized 10 up landscape systems for First Solar Series 4 modules, the fast install features include: