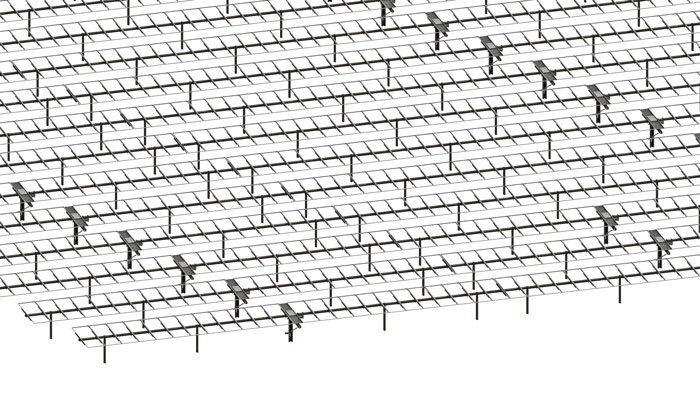 GameChange Solar announced that it has implemented a five to seven week delivery time as standard for all tracker structural components, effective immediately. By the fourth quarter of 2016, this five to seven week standard will include the complete system with controllers and actuators (which currently require an additional two to five weeks).

“Customers have been asking for trackers to be manufactured and delivered quickly, and their needs have not been consistently met in the marketplace,” said Andrew Worden, CEO of GameChange Solar. “At GameChange Solar we already established dependable and timely delivery timeframes for complete fixed tilt racking systems of five to seven weeks as a standard while often being able to deliver two weeks early. Now we are setting unparalleled service levels for trackers deliveries as well.”

RELATED: Are Solar Trackers Right for Your Next Project?

A key here is getting the sequence of components nailed down. Contractors need piles delivered most quickly of all, with bearings and row tubes immediately thereafter. So, those will be the first components to arrive in approximately five weeks. Bearings, hardware, controllers with their small solar panels, drive systems, and almost all other items are now becoming stock inventory items.

“We are building and keeping 20 percent of annual sales projections in inventory so that customers will see deliveries from GameChange Solar for Genius Trackers in five to seven weeks for complete systems by year end,” Worden says.

The Genius Tracker debuted earlier this year. For more specifics on that system, check out our feature on it.