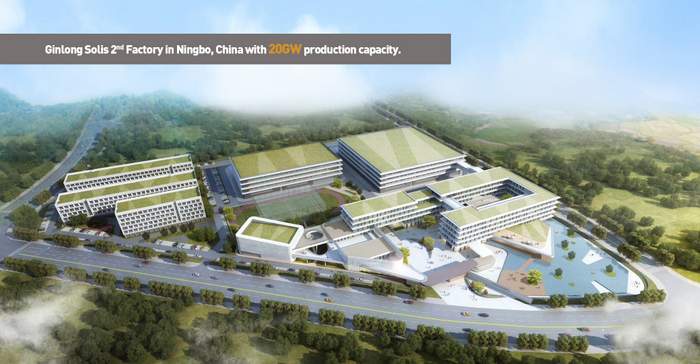 Ginlong Technologies has plans to raise over $100 million USD through a non-public offering to finance the expansion of its manufacturing capacity. Facing a rise in the global string inverter market, Ginlong will use these funds to double its production capacity of Solis products to 20 GW per year. This expansion will enable Solis to boost its supply to grid-connected and solar-plus-storage projects for customers world-wide.

Yiming Wang, Ginlong President says demand for Solis inverters has driven this push: “We are seeing a boost in demand for string inverters over other technologies due to its cost-competitiveness and reliability.”

“Our new corporate campus will add more than 500 new jobs to the Solis team, bringing in fresh talent and new ideas to boost innovation and drive growth,” adds Wang.

Ginlong raised 533 million yuan during its IPO on the Shenzhen Stock Exchange in March of 2019, making it the only publicly-traded company focused exclusively on PV string inverters. Solis has since experienced strong demand fueled by residential, commercial and utility solar markets across Asia, the Americas and Europe. In Q1 of this year the company reported its strongest quarter ever with first quarter profits up 766% from 2019.