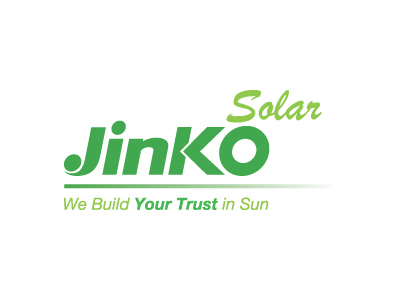 “JinkoSolar has broken a number of world records for its silicon solar cell and module technology, displaying its technological prowess,” said Ankit Mathur, Practice Head of Power at GlobalData. “The company has maintained its top position in terms of solar PV research and development through its advanced manufacturing process, higher mass production speeds, and enhanced quality control compared to its counterparts.” 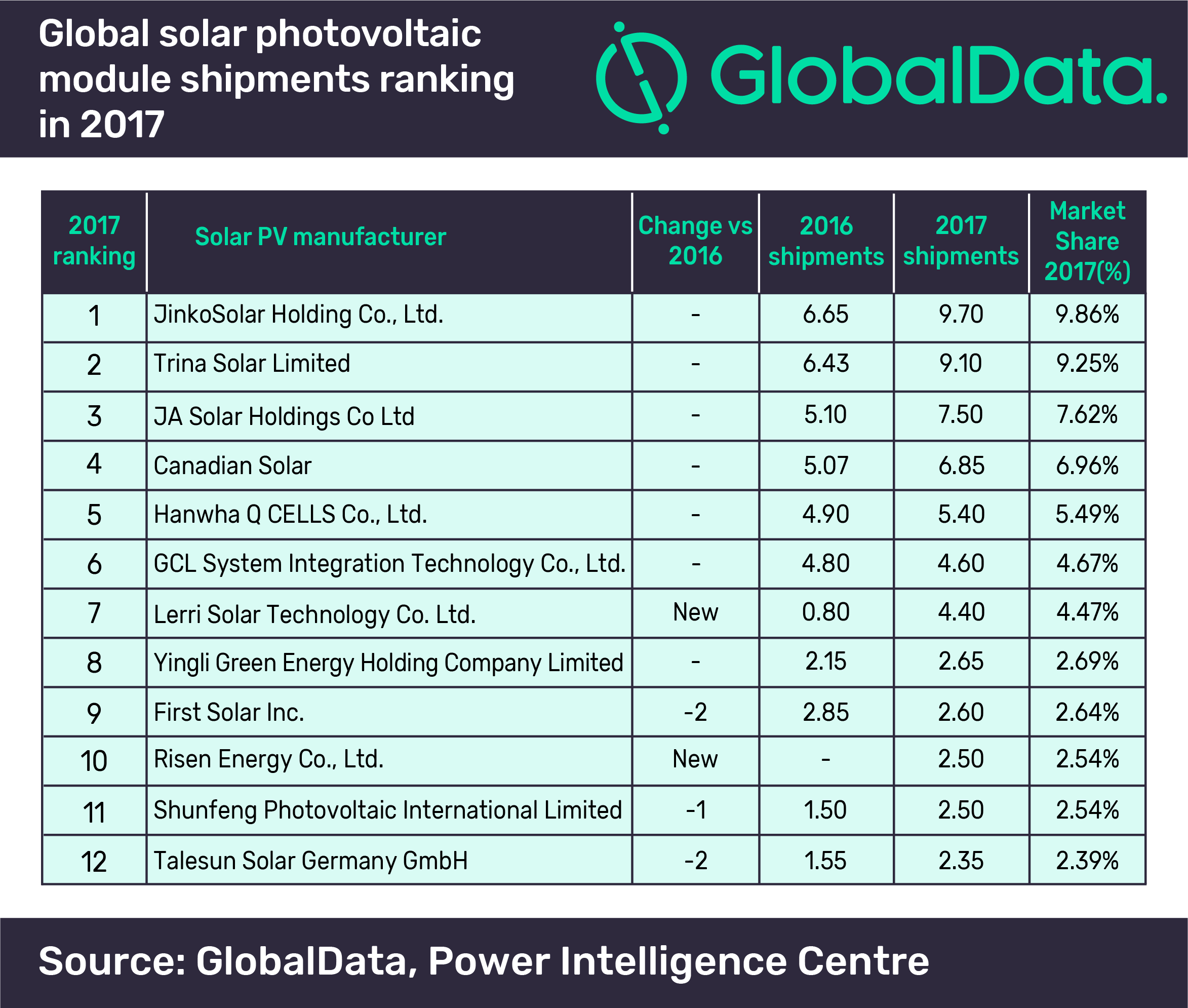 JinkoSolar reported spectacular results in 2017, with the company reaching the milestone of receiving the first Cradle-to-Cradle (C2C) certificate in China from SGS, one of the world’s leading testing, inspection, verification, and certification organizations. This certification highlights JinkoSolar’s commitment to high environmental, health, and safety standards.

The global solar PV module market was valued at $36.71 billion in 2017 and is estimated to reach $26.4 billion in 2021, registering a negative compound annual growth rate (CAGR) of 8 percent between 2017 and 2021. The fall in the market value was mainly due to the fall in module prices.

Trina Solar is also in a strong position in the areas of product quality and reliability, performance, innovation, as well as robust financial management. The company has achieved a number of breakthroughs with its innovative research and development, and its large-area interdigitated back contact silicon solar cell hit a record efficiency of 24.13% in May 2017.

RELATED: Modules and integration: Four reasons why AC, smart modules are on the rise

Mathur adds: “Lerri Solar Technology Co. Ltd., a subsidiary of LONGi Green Energy Technology, gained substantial ground by entering into the top solar manufacturer ranking in 2017. The company is planning to raise its stakes in the growing market through rapid expansion in domestic and overseas manufacturing facilities. Recently the company announced its plan to increase its production base with a set up 1GW Mono Cell and 1GW Mono Module Manufacturing Facility in India.

“Risen Energy has entered the 2017 top 10 listing of the solar module manufacturers after gaining competitive edge in technology, automation and cost control in the photovoltaic sector. From the past few years the company has been company expanding its presence in markets such as Italy, Germany, Romania and India.”