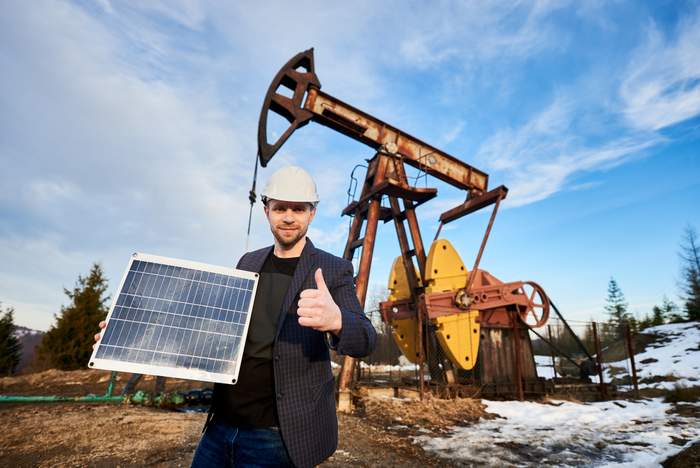 Oil and gas companies are starting to utilize such zero-carbon sources to reduce carbon emissions associated with operations, according to a new database and analysis by IHS Markit of these types of renewable energy projects.

“There is a striking pace of growth over the past few years and a dynamic commercial environment for delivering renewable energy to oil and gas operations,” said Judson Jacobs, executive director, upstream energy, IHS Markit. “Energy efficiency efforts and reductions in flaring can only do so much to lower greenhouse gas emissions, so some companies are turning to zero-carbon sources to power their upstream, midstream and downstream operations.”

While the numbers are small, they have been growing rapidly over just the past couple years. There had been fewer than 15 of these renewable energy projects from the early 2000s (when the industry first deployed such technologies) through 2017. IHS Markit now tallies more than 45 announced projects in its Oil and Gas Field-based Renewable Energy database, with 13 announcements made in 2018 and 15 made in 2019.

Projects announced in 2018 and 2019 are expected to avert more than 3 million metric tons of annual carbon dioxide (CO2) emissions combined. By contrast, projects in only one prior year averted as much as 0.3 MMT. Deployments are occurring in both new developments and existing assets, with solar the most prominent renewable technology, followed by hydropower and wind. These deployments are part of companies’ broader greenhouse gas emissions management strategies that IHS Markit tracks and analyzes.

Several factors beyond emissions reduction are also driving the growing interest for renewables in oil and gas operations, Jacobs said.

“Stakeholder pressure to reduce emissions is a factor,” Jacobs said. “It is also about steeply declining costs for renewables and the industry’s growing familiarity and experience with these technologies. And there are tangible improvements to operational performance that go along with using them.”

Field-based renewable installations are demonstrating reliability. And electrification—drawing renewable-generated power direct from the grid, as to offshore platforms in Norway—removes most energy generation equipment entirely, enabling fewer on-site personnel needed to operate it and smaller facility footprints. Additional benefits include reduced maintenance expenses and the elimination of fuel deliveries to site.

While IHS Markit expects the number of field-based renewable energy projects will continue to accelerate in the coming years, several challenges must be overcome before widespread adoption. Cost relative to traditional energy generation sources, the development of supply chains in remote regions, and energy storage for intermittent renewable sources are all significant factors currently constraining growth.

“North America and Europe, where renewables deployments have been most prolific to date, are still growing,” said Minuri De Silva, research analyst, costs and technology, IHS Markit. “And other conducive regions such as the Middle East, Latin America and Asia are also poised for greater adoption as they address technical and commercial issues. The growth potential is significant.”

“The activity in the oil and gas field–based renewable energy space is at what we call the ‘early adopter stage.’ It is a dynamic and important trend to follow,” Jacobs said.