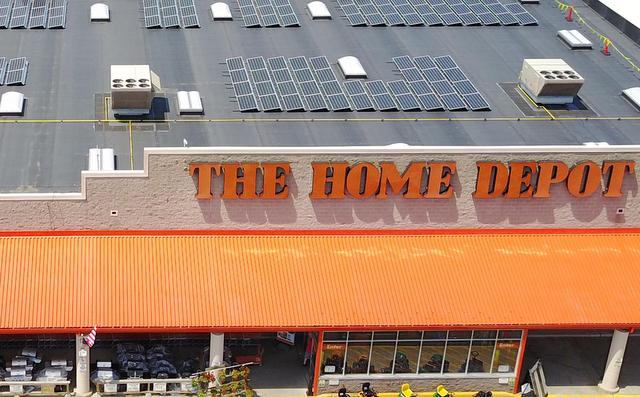 The Home Depot will be adding PV systems at 50 of its stores as part of a continued alternative energy portfolio expansion. The average store roof, at approximately 104,000 square feet, will accommodate 1,000 panels, and the project is estimated to reduce electricity grid demand by 30 to 35 percent annually at each Home Depot store.

The Home Depot is working with Current, powered by GE, on 20 solar installations at stores in New Jersey, as well as eight stores in Connecticut, Maryland and Washington, DC. An additional 22 stores in California and New York will receive solar, of which six will utilize Tesla Power-packs to store energy and dispatch additional power as needed.

“Our alternative energy projects are important elements of our sustainability and operations ef-forts as they reduce carbon emissions while also lowering our energy costs,” said David Hawkins, vice president of labor and operations for The Home Depot.

The solar addition will bring the company’s alternative energy footprint to more than 130 mega-watts (MW) as it pursues the goal of utilizing 135 MW of alternative and renewable energy by 2020. Construction on the selected stores will continue throughout 2017.