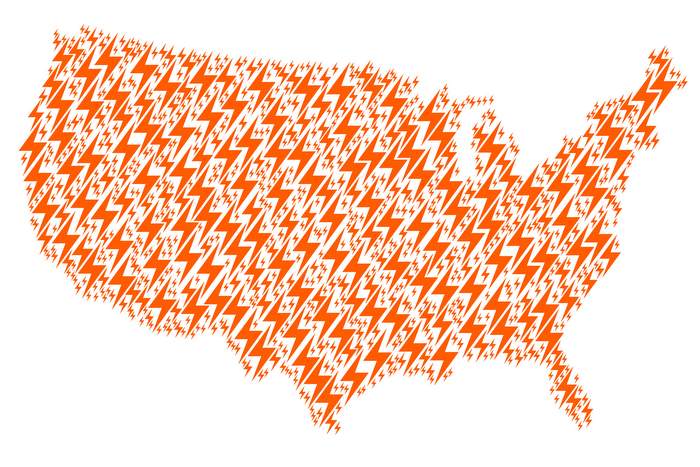 The transition to a 100% renewable US power grid will need investment of up to $4.5 trillion over the next 10 to 20 years, according to new analysis from Wood Mackenzie. The analysts estimate that about 1,600 GW of new wind and solar capacity would be needed to produce enough energy to replace all fossil fuel generation in the U.S. but the challenges of achieving 100 percent renewable energy go far beyond the capital costs of new generating assets. About 900 GW of new storage will also be needed to ensure wind- and solar-generated power is available exactly when consumers need it.

The scale of the challenge is unprecedented, requiring a complete redesign of the power sector.

“The mass deployment of wind and solar generation will require substantial investments in utility-scale storage to ensure grid resilience is maintained,” said Dan Shreve, Head of Global Wind Energy Research. “Most notably, it will need a substantial redesign of electricity markets, migrating away from traditional energy-only constructs and more towards a capacity market.”

The current US power grid has about 1,060 GW of nameplate capacity, including roughly about 130 GW of wind and solar capacity. Aggressive 2030 climate targets would require more capacity to be installed every year for the next 11 than the total capacity put in place over the previous 20 years. However, extending the time horizon to 2040-2050 would allow new technologies to develop and reach commercial scale.

Wade Schauer, Director of Americas Power Research, said: “Over the past six months, Wood Mackenzie analysed actual hourly wind and solar generation patterns from all major US power markets. The data suggest that reaching 50% of supply from intermittent renewables system-wide is relatively straightforward in most of the US.”

Allowing 20% of the power mix to come from existing natural gas-fired generation would also reduce renewable energy costs by roughly 20%, and energy storage costs by at least 60%, Wood Mackenzie found.