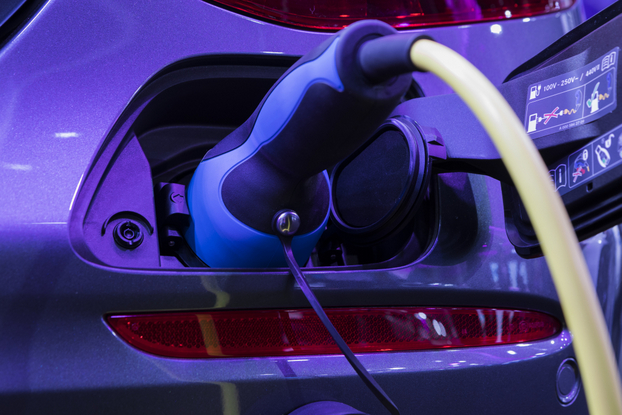 With electric vehicles (EVs) hitting U.S. streets in record numbers, a new study by U.S. PIRG Education Fund, PennEnvironment Research and Policy Center and Frontier Group highlights best practices to help local officials make their cities as EV-friendly as possible. The new report, “Plugging In: Readying America’s Cities for the Arrival of Electric Vehicles,” includes local and state data about the projected number of electric cars expected on the road in coming years, and how cities can accommodate these new EVs with enough places to park and recharge.

“Electric cars are leaving gas-guzzlers in the dust,” stated David Masur, Executive Director of PennEnvironment and a co-author of “Plugging In.” “We have an opportunity to make a positive change after more than a century of vehicles spewing pollutants into the air. Local and state officials who want to plug into this opportunity need to commit to an EV-friendly infrastructure as smooth and fast as possible.”

In particular, the report calls on local officials to implement the following EV-friendly policies:

EV sales nationwide increased 38 percent in 2016, and then another 32 percent throughout 2017, as charging stations became more convenient. Those electric car purchases reflect Americans’ values, including a desire to protect our communities’ public health, reduce global warming pollution and stop using so much oil.

Even the change-resistant auto industry recognizes that the future is electric. GM plans to launch 20 EV models by 2023, while Ford announced last month it plans to invest $11 billion in EVs, with a goal of having 40 models by 2022. These new cars don’t just check off the “electric” box; they’re earning acclaim from mainstream car enthusiasts. Motor Trend even named Chevrolet’s Bolt the 2017 Car of the Year.

The ‘Carportunity’: How our electric vehicle future means big things for solar carports

But with more electric vehicles on the road, and many more coming soon, cities need to map out where EVs will charge, particularly in city centers and neighborhoods without off-street parking. In all, major cities will need to install hundreds to thousands of new publicly-accessible electric vehicle chargers to keep the increased number of EVs running, depending on the size of the city.

“American cities risk being unprepared for the impending arrival of thousands of electric vehicles on their streets,” said Alana Miller, policy analyst at Frontier Group and co-author of “Plugging In.”

“Without forward-thinking policies that give EV owners places to park and charge their vehicles, cities could lose out on the health and air quality benefits that electric vehicles can deliver,” Miller said.

“One of the biggest barriers to greater EV adoption is the lack of charging infrastructure. We’re excited for more tools to be available to cities and towns across the United States that will help to speed adoption of these clean vehicles,” said Katherine Stainken, Policy Director for Plug In America.

The report’s authors note that local and state officials increasingly are having to lead on issues related to climate change, clean energy, and clean cars, as the Trump administration dismantles federal policies that offered concrete solutions to these issues. In the coming weeks, the administration is expected to propose new steps towards revoking federal fuel efficiency standards and weakening clean car policies.

“Adopting smart public policies, which have been implemented already in visionary American and international cities, can help more U.S. cities lead the electric vehicle revolution,” noted Masur. “For the sake of our public health and environment, it’s crucial that we expand access to clean transportation for those who live, work and play in our urban centers. And once we complete the transition away from gasoline and diesel, we can all breathe easier and see more clearly.”