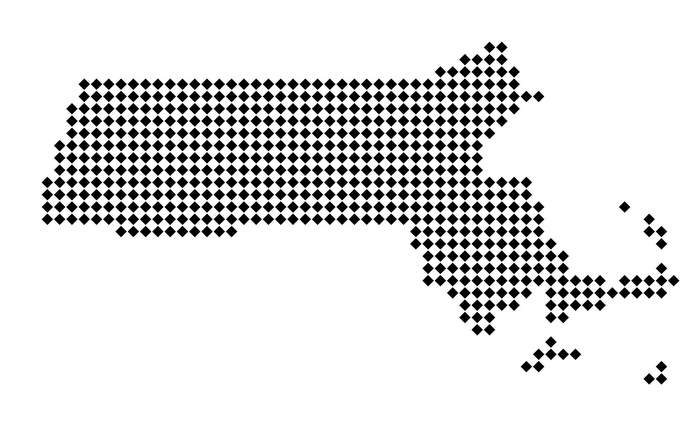 To see how much forward-thinking policy influences the growth of a renewable energy market – and how stops/starts/small caps stifle that demand – look no further than the ebbs and flows of the solar market in Massachusetts.

A new report from Vote Solar sums this all up, illustrating how Massachusetts’ inconsistent policy environment dramatically slowed the state’s once booming solar market. The report shows how continuing with the status quo implementation of the Solar Massachusetts Renewable Target (SMART) program will likely mean the state falls short of its renewable energy targets – targets that are now set well behind the goals of its neighboring Northeastern states.

“Massachusetts is falling short of the path to our existing clean energy targets, which themselves lag behind neighbors like New York. Our short-term solar policies mean we are losing jobs, losing opportunities for families and businesses to save on their energy bills, and losing the battle to protect our climate, but we can change that,” said Sean Garren, Northeast Senior Director at Vote Solar. “Now is the time for the Commonwealth to commit to a bold path forward with local solar power, resilient energy storage, and an equitable distribution of the benefits of this clean transition.”

The report found that due in part to several changes in energy policy, the state has seen a 50 percent decline in new solar installations, predominantly in the residential sector. As a result, the state’s solar workforce has shrunk by about 30 percent, shedding around 4,372 jobs between 2015 and 2018. Many shovel-ready solar projects now languishing on waiting lists in two – soon to be three – utility territories further emphasize the need for immediate policy action.

The current SMART incentive program calls for 1,600 MW of solar power in the state, a goal the report says is inadequate to capture the opportunities of solar energy development and comply with state renewable energy and climate laws.

‘Clouds Over the Solar Industry in Massachusetts’ identifies the specific and measurable steps the Commonwealth should undertake – notably tripling the (SMART) program to 4,800 megawatts (MW) – which the report says would create 8,000 to 9,000 new in-state jobs, drive in more than $5 billion in solar project investment into the state’s economy, and put the Commonwealth on track to achieve its carbon reduction target.

Many of the issues cited in the report point back to underestimating the demand for solar (“…[I]n 2014, DOER’s SREC II program set a goal of installing 1,600 MW of solar capacity by 2020. This capacity was quickly met in April 2017.), or at least a misunderstanding of the market’s reaction to the shift in policy from SREC II to SMART. Consider the impact of the lag time in getting SMART in place.

“Leading up to the SMART program, Massachusetts had seen a 50 percent decline in new solar installations, predominantly in the residential sector, and the state’s solar workforce has shrunk by about 30 percent, shedding around 4,372 jobs between 2015 and 2018.”

So, momentum is gone at the point the SMART program does launch in November 2018. To compound the issue, the SMART goals and projections were set so low that they were easily achieved.

“The SMART program officially launched on November 26, 2018, after more than a year in which the caps on net metering were reached in several utility service areas, which meant that hundreds of clean energy projects and the jobs they generate could not move forward. This gap in fair compensation for solar customers of medium-sized local projects meant that demand built up over time. The program began soliciting applications for solar photovoltaic (PV) projects of all types and sizes up to 5 MW per project. Given the popularity of solar power and pent up demand from the previous year, the Department of Energy Resources (DOER) received more than 2,500 applications in the
first week alone. Two weeks in, applications had been submitted for more than 600 MW of installations – nearly 40 percent of the total capacity of the program.”

Essentially, the much anticipated SMART program set the solar market up for the same cycle of demand in-rush and stagnation that it was supposed to prevent.

Initial projections had the SMART program on track to reach 1,600 MW by 2022, but the program is already closing in on that target. While seemingly a positive development, most of these projects will take a couple of years to be operational and the looming end of the program and continued lack of net metering will mean that no new projects will be planned beyond this point. As such, the end of the SMART program is leading to yet another gap in solar policy for Massachusetts and a barrier to the continued growth sufficient to meeting the state’s RPS goals.

Intended to be “always on,” the SMART program was designed as a declining block program to avoid the “start/stop” cycle that has hindered solar development in the Commonwealth. Unfortunately, the quantity of stalled projects from years of inconsistent solar policy was not fully anticipated and now backlogs of projects threaten to disrupt this mechanism if the program isn’t updated and expanded.

Another SMART failure noted in the report is how much of the solar that is getting installed is mostly in open field. The program failed to incentivize rooftops, carport or landfill projects and nothing that made a dent for low-income residents.

● Expansion of the SMART program – to 4,800 MW, an increase of 3,200 MW – in order to meet the Commonwealth’s clean energy deployment goals under the Renewable Portfolio Standard (RPS) and give solar workers confidence over a few years of consistent policy.
● Strong provisions for low-income access and equitable participation in the state’s growing clean energy economy through mechanisms such as contract-free community solar, focused incentive programs, and processes for initial and ongoing public stakeholder input in program design.
● Effective integration of energy storage and other distributed energy resources into the SMART program and utility grid planning to maximize both resilience and carbon reduction benefits of solar.
● Enable cities and towns, businesses and affordable housing to choose solar by addressing the net metering caps and SMART program design that are failing these customers.