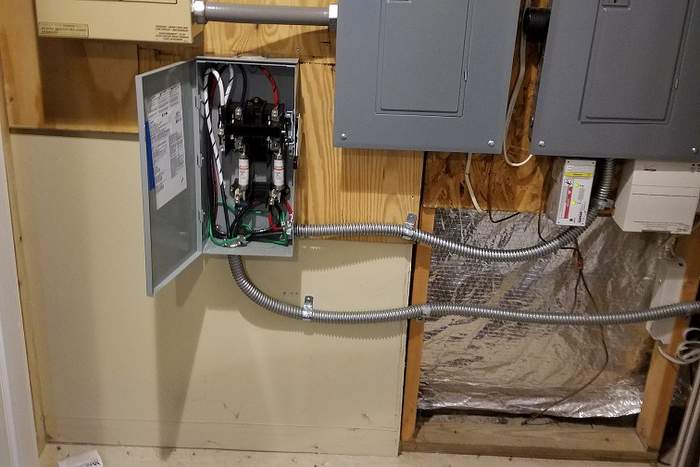 While we’ve all been busy figuring out the various ways to comply with NEC 2017 and 2020 rapid system shutdown, NEC 2020 includes another PV system-specific code update that’s arguably more of an everyday potential safety hazard, specifically for children.

Highlighted by world-renowned electric code guru Mike Holt in a live Facebook event back in April 2020, the update affects sections 690.13A and 690.15(A) on locations and includes this language regarding the knife-blade switch disconnection enclosures: “Where disconnecting means of systems above 30 V are readily accessible to unqualified persons, any enclosure door or hinged cover that exposes live parts when open shall be locked or require a tool to open.” So, think UV-rated zip ties, padlock seals, lockout tags or just adding a screw and nut.

Interlock is not required for these boxes by UL 98, and guard shields are only required on boxes 100 amp or larger. Depending on the jurisdiction in which you work, these disconnects may no longer be part of your standard residential installation, but there are many utilities that require them.

Think of that knife-blade switch disconnection. When the switch is open, it disconnects power from the load-side terminals, but there is still power on the line-side terminals. Right there is a hazard worth an extra layer of protection. But when used in grid-tied PV applications, the terminals on both sides are likely energized at the same time. 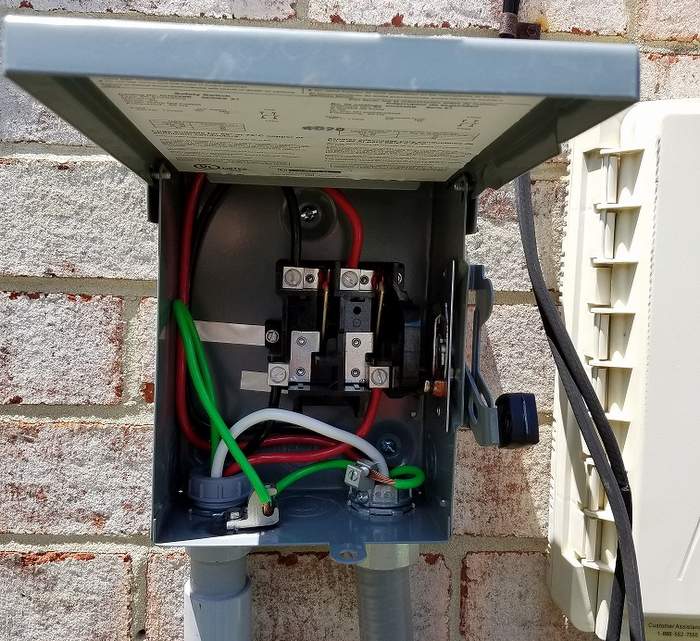 The code change, which now seems fairly obvious, was submitted as Public Input in 2018 by the Solar Energy Industries Association (SEIA) via the PV Industry Forum (PVIF) and was accepted by NEC Code-Making Panel 4. As noted in the Statement of Problem:

“The disconnect equipment is being installed on external and internal walls of dwellings, in garages, and in almost any room except bathrooms in dwellings. An opened disconnect enclosure contains wiring and terminals that can be touched with tools, probes or hands. There is a need to require, as a minimum, a tool to physically open these enclosures. Commercial rooftops that are locked are considered accessible but not readily accessible.”

Despite the SEIA submittal, the issue itself was first identified and strongly advocated for by retired master electrician and electrical inspector Tommy Davis who resides in Maryland.

“I did about 300 solar inspections before I realized it,” Davis said in a presentation on the topic, hosted by InterNACHI, the International Association of Certified Home Inspectors. “If a child pulls on this handle and flips the latch, you’ve got 240 volts on top, 240 volts on bottom.”

He highlights the danger to children because of where these boxes are often located, which could be outside or inside.

“My colleague told me the outside switch boxes were secured by the utility company after the solar installation when they come to swap out the meter — which isn’t the case. But then it dawned on me, who is taking care of the inside ones?” he says.

A two-poled circuit breaker must be mounted at the opposite end from the main breaker. “If there’s no space in that panel for a two-poled breaker, or the PV system is larger than the ampacity of the panel, solar companies are feeder tapping the line-side wire before the main breaker. … You’re required by code to have an overcurrent protection device within 10 ft of that tap. So, if there’s no room to the left or right of the panel, they are mounting the disconnect switch below the panel at toddler height.”

Davis turned this discovery into his own personal crusade, making endless calls to code-makers and legislators for a year-plus, noting the need to secure those panels in some way — a zip tie, a screwed-down latch, etc. His efforts led to Maryland passing a bill in April 2019 requiring “a company that installs solar photovoltaic systems to install a certain lockout tag containing a safety warning under certain circumstances,” which helped get the attention of the code-makers.

For Davis, this issue is far from settled. There are thousands of legacy systems out there that do not meet this code, and many jurisdictions are still unaware of it when looking at new installations (it is tough to break 100-year-old habits). He’s hounding SEIA and any other organization who will listen to educated professionals on the potential hazard and updated code. SEIA declined to comment for this article.

Local progress continues though. The Frederick County Council in Maryland has listened to Davis’ repeated calls and decided to address the hazard via the Frederick County Department of Permitting and Inspection Services by mailing lockout tags and warning stickers to all homes that applied for a solar permit securing the preexisting switch boxes. Baltimore City is mulling it too.

Davis says he’s grateful Frederick County is securing the preexisting switch boxes but believes that solar companies should take responsibility for securing their equipment and not put it “on the backs of taxpayers.”

No, there is no documented case of this risk turning into the worst case scenario, but why wait until that’s the case?