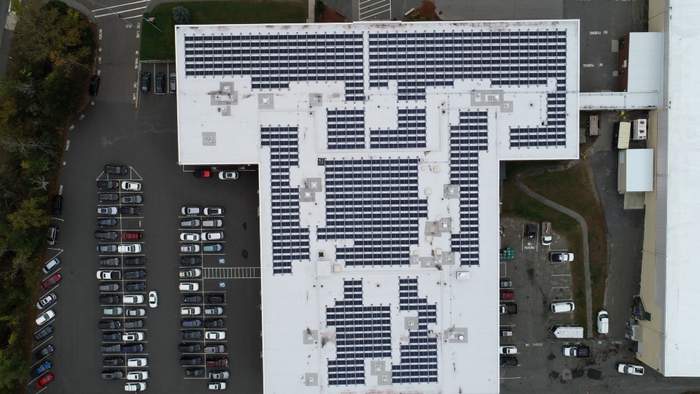 Solect Energy has completed the installation of a 300-kilowatt (kW) DC solar energy system on the roof of the Daniel L. Joyce Middle School in Woburn, Mass. The 798-panel system will reduce the school’s price per kilowatt-hour (kWh) for electricity by 64 percent, saving approximately $29,000 in the first year. Over the life of the contract, electric bill savings are projected to be at least $500,000, based on current Eversource electricity rates. If the utility’s rates rise, the savings to the school increase.

The renewable energy system will reduce air pollution by avoiding the emission of 580,000 pounds of carbon dioxide (CO2) into the air per year.

The Joyce Middle School solar energy system is the first of three the city is installing on local schools with Solect Energy, under the PowerOptions consortium program. Solar panels will also be installed on the Hurld-Wyman Elementary School and the Goodyear Elementary School. The solar panels will produce clean energy, which will be used right at the site to power the schools.

“The City of Woburn is a designated Green Community and we have undertaken ambitious energy efficiency measures, saving money for the City and reducing our carbon footprint,” said Mayor Scott Galvin. “We are already enjoying substantial savings as a result of two recently completed solar array projects.”

He’s talking about the hugely successful 3.4 MW solar farm built on a former land fill that’s generated over $1.3 in net metering revenue for the city over the last two years. In addition, a 260-kW solar system on the Kennedy Middle School roof has generated over $30,000 / year in energy savings. 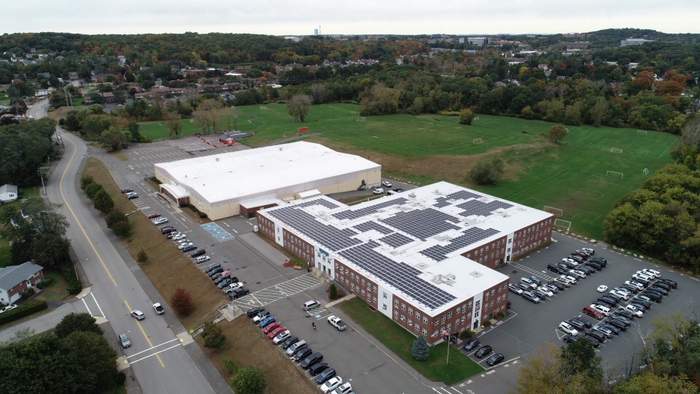 “Every dollar saved on our electric bills is a dollar we can apply to students, which was a major factor in the decision to go solar. But we benefit from this renewable energy system academically, too. Solect Energy’s web-based monitoring application will be used by teachers as part of our STEM (science, technology, engineering and mathematics) curriculum,” said Woburn Public Schools Superintendent Matthew Crowley, Ph.D.

Established in 1998, PowerOptions is a nonprofit energy buying consortium that delivers cost savings and predictability to nonprofits and the public sector in Massachusetts, Connecticut and Rhode Island. With more than 400 members, collective strength yields optimal pricing and stability for the entire membership of organizations both large and small. Any nonprofit or public entity is eligible to join PowerOptions and benefit from programs for electricity supply, natural gas supply, solar and electric vehicle charging stations.

“The City of Woburn shows great leadership in recognizing that solar is an easy way to save money that can then be redirected to more important uses. Mayor Galvin and Superintendent Crowley also realized some time ago that solar is a fast way to achieve those savings, thanks to the efficiency of contracting through the PowerOptions Solar Program with Solect,” said Solect Energy CEO Ken Driscoll.

Together, Solect Energy and PowerOptions have reduced energy costs for more than 60 government agencies, cities, towns, schools and nonprofits across Massachusetts.