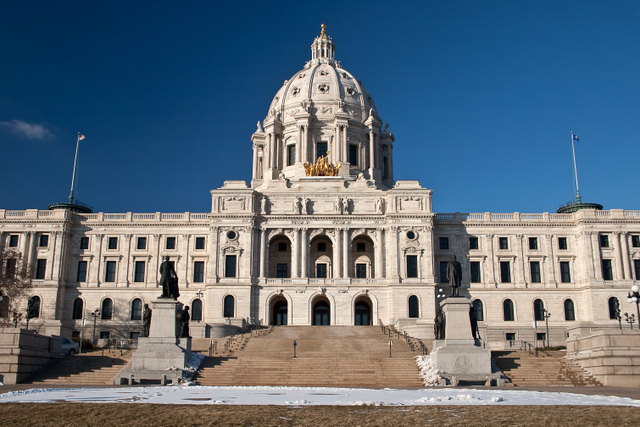 Ten years ago, Minnesota Governor Tim Pawlenty and a bipartisan coalition of legislators enacted the Next Generation Energy Act. The landmark legislation passed with support from 97 percent of the Legislature – Democrats and Republicans. In the ensuing decade, the Next Generation Energy Act added about 15,000 clean energy jobs and contributed more than $1 billion in wages to the economy. But despite that progress, Minnesota will not meet its greenhouse gas emission reduction targets and create new energy jobs without additional action.

This year, the Dayton-Smith Administration has joined with a bipartisan group of legislators to propose new goals in what’s being called the 50 by ‘30 plan. The new goals:

• A proposed increase in Minnesota’s Renewable Energy Standard from 25 percent by 2025 to 50 percent by 2030. The increased goal will help Minnesota remain an energy leader and capture the health, environmental, and economic benefits of clean energy.

• Clean energy jobs in Minnesota grew 78 percent between 2000 and 2014, growing steadily through the recession. In comparison, the state’s total employment growth was only 11 percent. Increasing Minnesota’s renewable standard to 50 percent would help continue this growth – creating an average of 1,500 new jobs annually in our state.