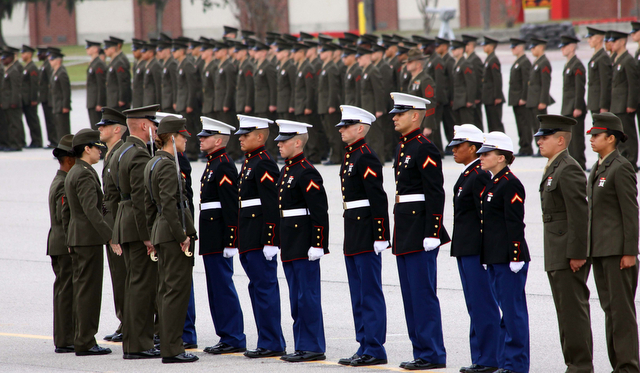 One number that is always mentioned in the middle of stats concerning the solar boom, but is maybe glossed over, is the amount of U.S. veterans the industry plans to employ, such as through the U.S. Department of Energy’s Solar Ready Vets training program. New York Gov. Andrew Cuomo announced that his state will participate, providing military personnel stationed at Fort Drum, N.Y., with technical skills to obtain jobs in the growing solar industry after they transition from active service. This is the first Solar Ready Vets training cohort in New York, and just the eighth offered at military installations in the U.S. The inaugural New York-based class under the program will begin on Jan. 11.

“Soldiers and veterans have the experience and know-how to get the job done,” Governor Cuomo said. “The dramatic growth of solar in New York is creating a demand for highly skilled workers. Offering these heroes valuable training and the technical skills needed to work in this rapidly growing industry, not only helps veterans succeed post service, but helps all of us create a more sustainable future.”

In September 2014, the U.S. Department of Energy launched the Solar Ready Vets program to prepare veterans for post-military careers as solar installers, sales representatives, system inspectors or other solar-related occupations. The program is aligned with the Department of Defense’s SkillBridge initiative, which allows military personnel to obtain job training up to six months prior to their separation from military service.

The Fort Drum program was created through collaboration among the New York State Energy Research and Development Authority, U.S. Department of Energy, Fort Drum, SUNY Canton and solar installation companies. Instructors from SUNY Canton will teach five-week classes focusing on technical training in solar skills, including hands-on labs. In addition, the program will facilitate job placement with New York solar PV companies for the trained transitioning military personnel. Nearly 3,600 service members transition from Fort Drum each year, and this new program will be available to assist them in their transition to civilian life.

NYSERDA provided support for the program startup costs, including curriculum development and training for the first 125 veterans to participate through five cohorts of 25. There is no cost for Fort Drum personnel to participate in these first cohorts. Service members may use GI Bill benefits to cover the cost of training after this.

According to the Solar Foundation’s Solar Job Census 2014, the solar industry is adding jobs at a rate of more than 20 times faster than the overall economy. Solar employment in New York State grew more than 40 percent in 2014, adding nearly 2,100 jobs. There currently are 359 solar companies in the State, employing more than 7,000 New Yorkers.

In June, Governor Cuomo announced that from 2011 to 2014, solar grew by more than 300 percent in New York, twice the national average. The significant increase reflects the mission of Governor Cuomo’s Reforming the Energy Vision strategy – which includes the $1 billion NY-Sun Initiative – to build a clean, resilient and affordable energy system for all New Yorkers. In the first two years of NY-Sun, a total of 316 megawatts (MW) of solar electric was installed or is under contract, more than the amount installed in the entire prior decade.