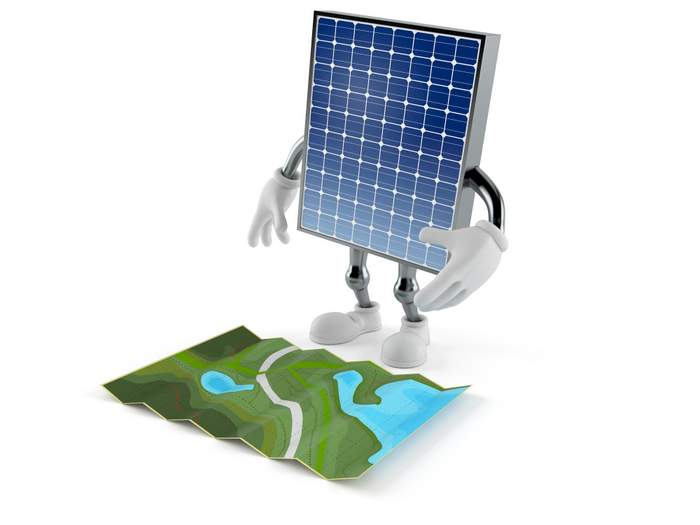 The grid of the not-so-distant future will be clean, distributed and co-optimized. What that means is that generation and other resources on transmission and distribution lines will be designed and built to work together for maximum efficiency and savings for individual customers and the system as a whole.

The Federal Energy Regulatory Commission opened the door for such a system with its recent Order 2222, mandating that U.S. wholesale markets create a level playing field for distributed energy resources (DERs), including solar, storage and demand response. The challenge — which grid operators, utilities and regulators are now grappling with — is how to plan for such a system.

At least part of the answer, according to a new report, “Why Local Solar for All Costs Less,” is a planning model that includes what most integrated resource plans and solar cost-benefit analyses still leave out — a detailed and long-term view of the distribution system.

“Many of those studies have found the benefits (of DERs) outweigh the costs, but they are informed by a limited scale of deployment of those resources,” said Jeff Cramer, executive director of the Coalition for Community Solar Access (CCSA), one of the organizations behind the report. “But what if we’re talking about 20 or 30 years from now and hundreds of thousands of systems? In order for our industry to better understand how we scale and what the benefits our technologies and business platforms offer the entire grid and all ratepayers, we had to do a new kind of analysis.”

How it works: Developed by industry consultants Vibrant Clean Energy (VCE), the model provides a Local Solar Roadmap rooted in a super-granular and highly mathematical view of grid planning. Power flows and resources on the distribution system are looked at in slices of 5 minutes and 3 square kilometers. The operational variables built into the model are equally detailed, encompassing multiple applications for energy storage, emerging technologies such as hydrogen, and increasing stress on the system due to climate change.

Results: Loading up the model with a range of scenarios produces some impressive top-line numbers, based solely on direct system costs and benefits. Compared to business as usual (BAU), the analysis finds the enactment of a federal clean energy standard with DERs providing more than 10% of the nation’s power could save the United States $473 billion by 2050, while creating over 2 million new jobs.

Under this scenario, scaling “a heck of a lot more” local solar and storage will be essential, Cramer said — about 223 additional gigawatts between now and 2050, combined with even more utility-scale solar and wind than in a BAU scenario.

Those results validate what the organizations behind the report — solar advocates CCSA and Vote Solar and residential installer Sunrun — have been arguing for years, said Anne Hoskins, chief policy officer for Sunrun. DERS have a critical role to play “in forward system planning to provide efficient, effective and reliable solutions for an aging grid, with evolving customer needs,” she said.

Christopher Clack, founder and CEO of VCE, said the model also shows that “it’s not only the individual assets that matter. It’s how those different assets come together and then start interacting with other assets that already exist; it’s the interactions that give you the benefits.”

The Local Solar Roadmap comes at a pivotal moment in the U.S. energy transition. A growing number of cities, states and major corporations are committing to 100% clean energy goals, and the incoming administration of president-elect Joe Biden is targeting 2035 for a decarbonized grid. The existential question for all stakeholders is how do we get from here to there?

Traditionally lagging behind technology, utilities and regulators have responded by moving toward an integrated approach to resource planning that at least takes utility-scale renewables into account, but progress is uneven across different states.

The core challenge here is that the utilities are still the ones doing the planning. Their models are often thin on distribution-level data and rooted in a “false dichotomy” between utility profits and third-party DER providers, said Karl Rabago, an industry consultant and co-author of the report.

VCE’s model solves that dichotomy by choosing resources solely on whether they provide both net cost savings to the system and bill savings for customers, Cramer said.

“The conventional thinking is big (solar) is cheaper; small is more expensive,” Cramer said. “But with new and better models, better data and better inputs, we found that local solar, and utility-scale solar and storage combined are actually the lowest-cost option.”

Further, a co-optimized grid with strong local solar and storage on the distribution side can potentially shift demand to meet supply without customers having to make major changes to their consumption or behavior patterns, Clack said.

“Hardware is easier to change than society,” he said. “The model basically says we need to be able to alter demand to meet supply better, and to do that we need distribution assets like solar, storage and demand response.”

While pushing the model as a potential game-changer for the industry, Cramer also acknowledges the findings in the Local Solar Roadmap are a first step only; further additions and iterations will be needed. For example, since the report only looks at direct system costs and benefits, he said, an expanded VCE model will be required to factor in DERs’ indirect benefits for the environment and equity, as well as the stronger tax base and new jobs DERs can generate for local economies.

Business and regulatory models are another blind spot, but here again, the model shows that changing the traditional supply-demand equation will require more than new, super-smart hardware. On a co-optimized grid, homes and buildings will operate as grid resources, which also means behind-the-meter technologies — solar, storage and demand response — will have to allow better visibility and data exchange between customers, third-party providers and utilities.

On the plus side, partnerships between utilities and third-party providers are growing across the industry, and smart thermostats and other energy management systems are making the meter a more permeable interface between customers and the grid. Still, utility ownership of DERs remains a sensitive topic — and will likely remain so as long as the profits of investor-owned utilities are based on capital expenses, that is, building more generation, wires and other infrastructure.

A co-optimized grid might, instead, open the door to performance-based regulation, linking utility profits to specific performance targets, such as better efficiency, reliability and resilience via coordination of transmission and distribution systems.

Cramer sees the VCE model as a catalyst for the cross-industry discussions and collaboration required for developing such win-win solutions that benefit all stakeholders.

“Interconnection, net metering or system planning — almost every decision we’re making on a policy level — they’re all informed by these results,” he said. “We should be using new, better models with better data to inform all our decisions, because if we don’t, there are hundreds of billions of dollars in potential costs — and savings — on the table.”

K Kaufmann is an independent journalist.