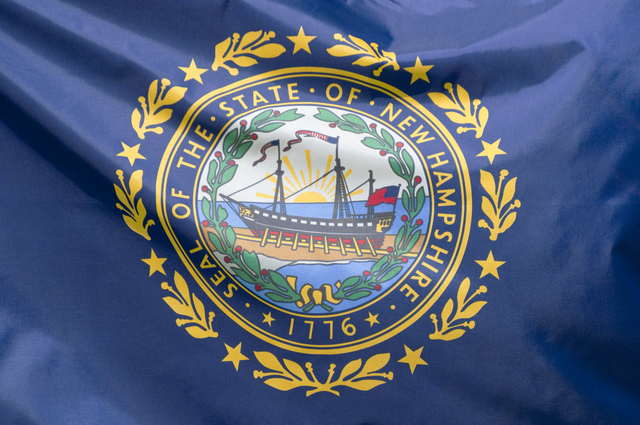 Last week, a bi-partisan group of elected leaders from around New Hampshire, including Representatives, Senators and local executive officials arrived in Concord to urge lawmakers to lift NH’s cap on net metering and to make improvements to the existing legislation that is before them to ensure that the renewable energy market does not come to a halt. Business leaders, town officials, and others were on hand to discuss the importance of net metering to all Granite Staters and to testify on HB 1116 later that same morning in the House of Representatives.

Net Metering is a critical tool that enables onsite, renewable energy generation for individuals, businesses, and municipalities to generate electricity and get fairly compensated for the power they contribute to the grid. NH’s arbitrary cap on net metering was set 17 years ago, and in 2016 all utilities in NH have reached their cap except Unitil, who is very close behind.

RELATED: Nevada PUC votes for slower phase-in of higher rates, pleasing no one

Legislation to lift the cap, including SB 333 and HB 1116, are important and well-intentioned efforts to do so, but since their initial crafting it has become clear that raising the cap by only 25 MW will be insufficient over the course of the year to keep businesses and consumers able to continue to choose onsite, renewable self-generation with transparency and market stability.

The recently released 2015 Solar Jobs Census found that New Hampshire has well-over 700 jobs in the solar sector, and is growing quickly. Most of these jobs are from project installations, and many of which are threatened if a viable net metering program does not continue.

As Kim Quirk, owner of the Energy Emporium in Enfield puts it: “We can’t grow or sustain a business with such inconsistent [policies]. Net metering is a huge piece of the benefit for home owners and small businesses. The market for a small installer collapses without net metering. It takes many months and many dollars to build the momentum back up if/when net metering comes back. As a business owner, the current bill with another limit on the cap does not allow me to forecast past this summer. I can’t hire more people.”

In addition to severe potential job loss, an arbitrarily small limit (and insufficient cap increase) to net metering prevents NH businesses and towns from using one of the few tools they have to control and reduce high electricity costs. This is why net metering benefits all ratepayers – through tax savings, through reduced operational costs, and through reduced utility expenditures on long-distance transmission and peak-power centralized generation. Leaders from across the political spectrum agree on this: Net metering is a win-win for the Granite State.