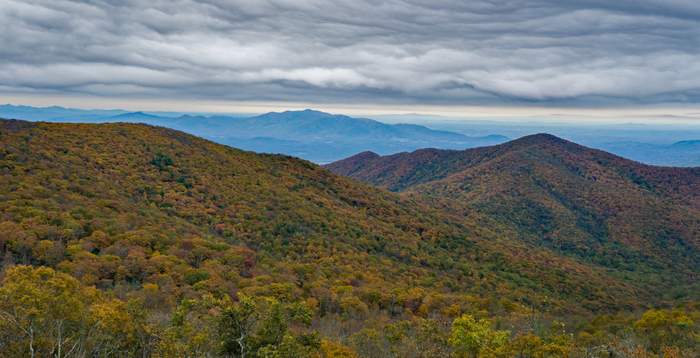 The coal mining industry has been declining for decades in the far southwestern corner of Virginia, a trend made even worse of late due to the pandemic. The region has experienced a significant economic downturn as a result, with unemployment and poverty levels rising as no new opportunities have successfully replaced the jobs lost to coal’s decline.

Now, with legislation enacted by the 2020 Virginia legislature, at least one new economic opportunity shines as a bright spot: solar energy.

These two laws greatly expand the Power Purchase Agreement (PPA) programs and net metering for customers of Appalachian Power and Old Dominion Power, investor-owned utilities which serve different areas of western Virginia, including the coalfields. For both, the net metering cap now jumps from 1% to 6%, increasing capacity to approximately 240 megawatts (MW) and 14.4 MW, respectively. The Solar Freedom Act provides another opportunity developers: Old Dominion Power must offer a community solar program to its multi-family residential customers.

Most notably, for the first time ever, customers of Old Dominion territory can take advantage of PPAs, a provision that the Solar Workgroup of Southwest Virginia has advocated since the group’s inception in 2016. In Appalachian Power territory, PPAs were previously limited to nonprofit higher education entities and capped at 7 MW, but are now available to non-residential and low-income customers. Both utilities’ PPA programs are limited to 40 MW.

Also for the first time in the commonwealth, the Virginia Clean Economy Act (VCEA) sets up a Renewable Portfolio Standard. It requires Appalachian Power and Dominion Energy — the state’s largest electric utilities — to provide 100% of their electricity from renewables by 2050 and 2045, respectively.

Though the RPS doesn’t apply to Old Dominion or to electric cooperatives, and so doesn’t reach the furthest tip of the state, Appalachian Power and Dominion may well seek to meet part of their requirements from renewable projects developed in the coalfield region. Both utilities can procure their renewable energy from outside of their service territory, as long as it’s in Virginia. The utilities will seek bids annually for solar and wind generation, opening the door for developers to pitch projects in Southwest Virginia.

Under a key section of VCEA, Dominion specifically must develop 16,100 MW of solar and wind energy by 2035, and 200 MW of that must be placed on “previously developed project sites,” including former mine sites, former retail, commercial or industrial sites, parking lots, landfills or other brownfields. Solar developers and advocates for coal mine land reclamation, including Appalachian Voices, have been pursuing the possibility of solar energy development on coal-impacted land for years. One such project is slated for construction this year in the town of Wise in Southwest Virginia, providing power to a nearby data center as well as cleaning up an old coal mine site.

The Virginia Department of Mines, Minerals, and Energy recently published a story map detailing the great potential for solar development on previously mined land in the Virginia coalfields. With strong interest in developing abandoned coal mine sites for solar energy in recent years, Dominion’s mandate under the VCEA provides a welcome level of market certainty for developers. And the DMME’s thorough analysis gives Southwest Virginia a headstart in helping Dominion to meet the 200 MW requirement.

The RPS also requires that 1% of Dominion’s clean energy comes from solar and wind systems of 1 MW or less, which means developers will have a financial incentive to build smaller, distributed projects. Again, Dominion can procure the energy from outside of its territory, as long as the generation systems are in-state. So Southwest Virginians may be able to take advantage of the new programs for these smaller-scale resources, as well.

A region primed and ready for solar

The new laws set up enormous opportunity for solar developers in Virginia’s coalfields. To boost the potential even more, eight local governments in the region achieved SolSmart designation in 2019, setting themselves up to more readily facilitate solar development.

Over the past four years, the Solar Workgroup of Southwest Virginia has readied the region for solar energy development through education, collaboration and advocacy, but its efforts were stymied by policy inequities and regulatory barriers. Now, the new laws mean solar developers can walk through the region’s door of opportunity and deliver the solar services so many people are seeking.