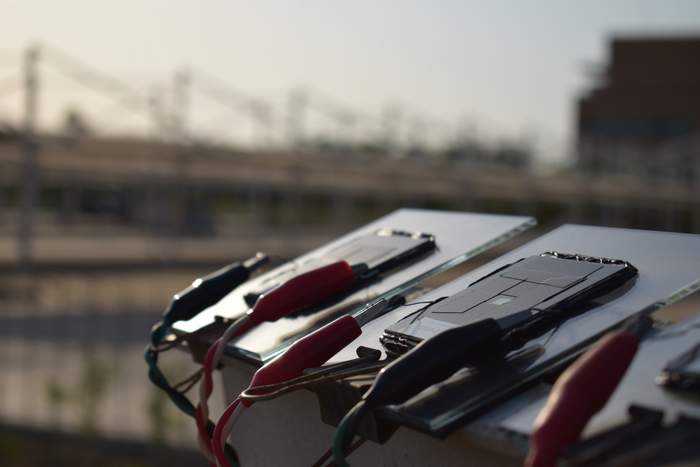 Perovskite-silicon tandem solar cells hold the promise of power conversion efficiencies well above the theoretical limit of silicon alone, but their outdoor performance in a hot and sunny climate and their commercialization is still an issue.
A team from King Abdullah University of Science and Technology (KAUST) have fabricated efficient, two-terminal monolithic perovskite-silicon tandem solar cells and tested them outdoors. The tandem device that has resulted from this research is both more stable than conventional perovskite cells and, importantly, optimized for use in industry.

The findings of KAUST Research Scientists Dr. Erkan Aydin and Dr. Thomas Allen, and colleagues in De Wolf’s group, released in Nature Energy, indicate that the temperature dependence of both the silicon and perovskite bandgaps—which follow opposing trends—shift the current-matching-optimization point away from that for two-terminal tandems under standard test conditions.

“These findings imply that the ideal bandgap of the perovskite cell for optimal device performance should be lower than previously thought. Such lower-bandgap perovskites are known to be much more stable,” said De Wolf.

The team’s finding could hold great promise for the commercialization of perovskite-silicon tandem solar cells. Their findings indicate that bromide-lean perovskite top cells, with narrower bandgaps at standard test conditions are potentially the best way forward to boost the efficiency of conventional silicon solar cells. 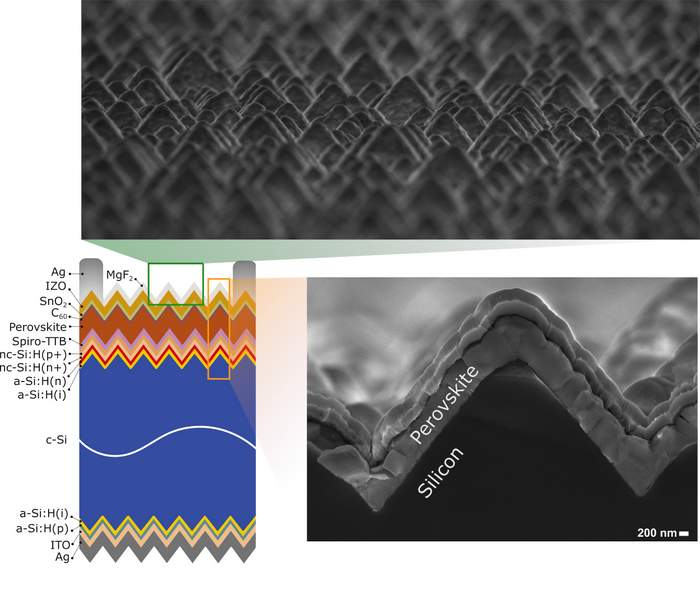 After fabrication, the tandem cells were put into the KAUST outdoor photovoltaic test field station, providing the first real operational test for such devices in KSA and confirming the improvement in performance.

“For years, the gold standard of solar power has been silicon, representing over 95% of the market. This publication is the first of its kind to report on tandem silicon-perovskite cells outdoors and demonstrate their viability—a critical next step for enabling new and more efficient solar technology to enter the market. We look forward to working with Dr. De Wolf through our impact-focused research translation program to scale up this technology, truly one of society’s grand challenges,” said Vice President of Innovation and Economic Development (I&ED) at KAUST, Kevin Cullen.

Only KAUST and a handful of other institutes around the world are able to make these devices entirely in one laboratory. Due to this ability it was possible to undertake the whole activity at KAUST under a Near-Term Grand Challenge project administered through the KAUST Research and I&ED offices. Professor De Wolf’s research on solar energy generation is also central to the newly launched KAUST Research Circular Carbon Initiative.