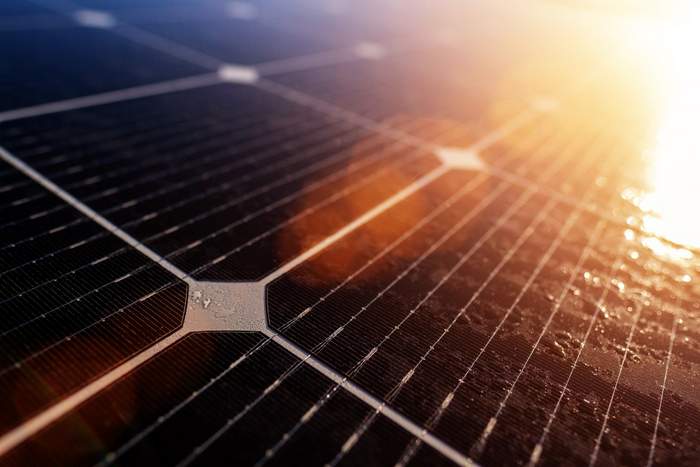 Perovskite solar cells have attracted interest because, unlike silicon solar cells, they can be mass produced through roll-to-roll processing. Additionally, they are light and colorful, with the versatility to be used in non-traditional settings such as windows and contoured roofs. One limiting factor thus far is the potential environmental risks. Perovskite solar cells contain lead, a cumulative toxin, and if the cells get damaged (say, in a hail storm), lead ions may leak.

Scientists at The University of Manchester looked to nature to find a way to mitigate that last part while also increasing cell efficiency.

“We embarked on this research as we were committed to eliminating an environmental risk,” noted David Lewis, Deputy Head of Department and Reader in Materials Chemistry. “That commitment has resulted in increasing both the sustainability and the efficiency of perovskite solar cells. We hope these dual outcomes will increase the viability for homes and businesses, worldwide, to host and use solar technology.”

How? Professor Brian Saunders and Dr. David Lewis devised a way to eliminate the lead release from broken cells using a bioinspired mineral called hydroxyapatite, a major constituent of human bone, to create a ‘failsafe,’ which captures the lead ions in an inorganic matrix. As a result, if cells are damaged, toxins are stored in an inert mineral, rather than released in the environment.

Bonus: In a dual success, The Engineering and Physical Sciences Research Council (EPSRC)-funded project found that through the addition of hydroxyapatite, the efficiency of perovskite solar cell increased to around 21%. This compares to around 18% efficiency for control cells with no added hydroxyapatite. An increased efficiency in panels means more energy can be generated and at a lower cost. 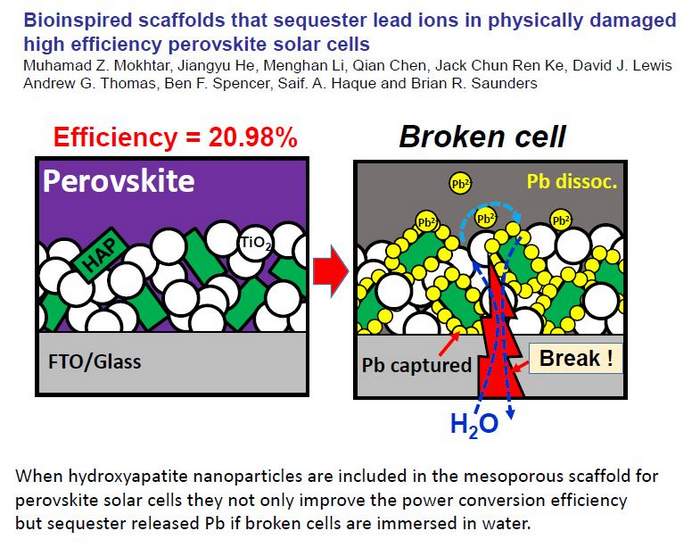